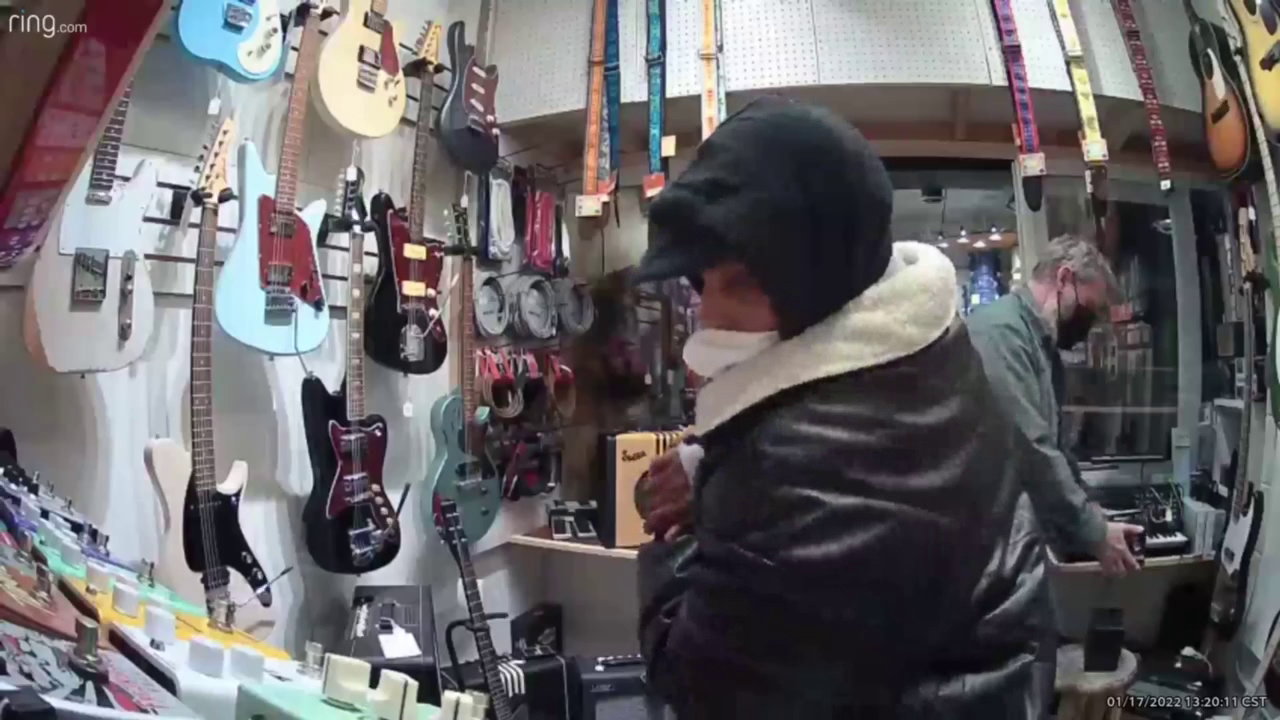 The owner of Drum Supply House filmed the thief and said it was not the first time someone had stolen items from his store.

Owner Andy Foote said Monday afternoon just after 1 p.m. a woman walked into the store claiming to need help finding a birthday present for her son.

“First she said drums, then she said guitar, which made me more suspicious,” Foote said. “Eventually she created distractions to get me to go over there and watch this to get me to turn my body, turns out she was putting things in her pants.”

After stealing a compact battery and some keyboard parts, the woman ran for the door.

“I chased her away yelling at her to let it go and stop,” Foote said.

The woman jumped into the getaway car, a black Nissan Rogue, which was positioned for a quick exit into the parking lot.

Foote said the woman stole approximately $550 worth of musical equipment.

The store owner has filed a police report and asks if you have any information on the suspect to call Metro Police.