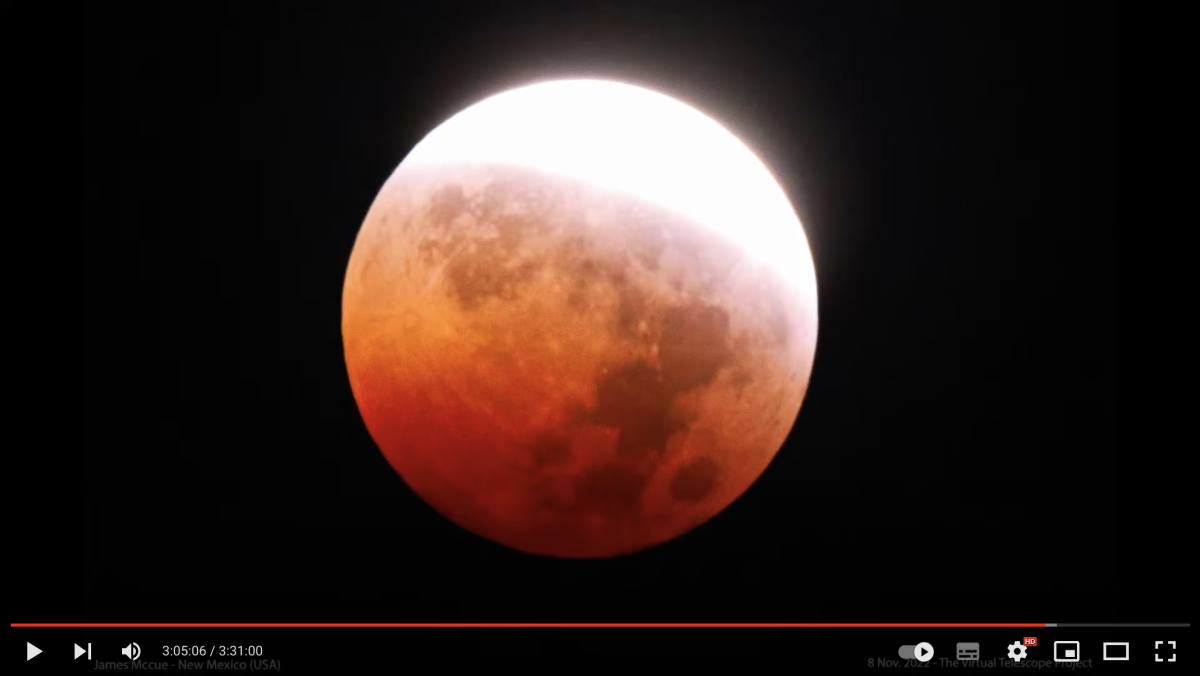 On November 8, 2022, a total lunar eclipse – also known as a “blood moon” – was visible across North America, the Pacific and Asia-Pacific. The spectacular event has photographers and astrophotographers excited, and totality (when the moon enters the darkest part of Earth’s shadow and takes on a deep blood-red hue) occurred at the same global time. 10:16 a.m. Universal Time.

The event was seen in the early hours of November 8 from North America, and in Asia-Pacific it was sighted just after sunset. For all locations, the moon turned dark red while located very close to the Milky Way.

The virtual telescope project covered the entire blood moon event and the live video event is over 3.5 hours long. Of course, you don’t have to watch the whole video, but if you’re interested in seeing blood moon footage from around the world and learning more about how the lunar eclipse happened, the video is well worth a watch. – just scroll through the best tracks!

NASA also produced (opens in a new tab) this excellent video of the November 2022 total lunar eclipse (credit: NASA Goddard Space Flight Center/Scientific Visualization Studio). “The Moon moves from right to left, passing through penumbra and umbra, leaving in its wake an eclipse diagram with times at different stages of the eclipse.”