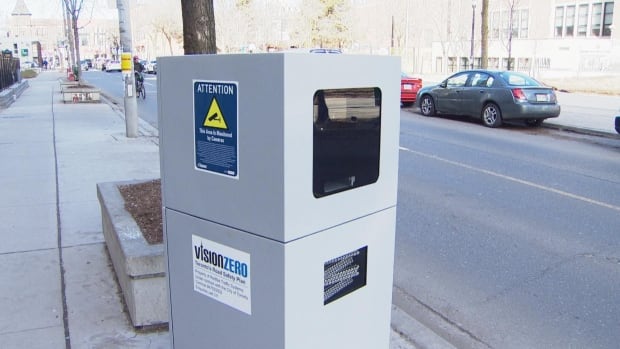 Toronto plans to deploy 25 new photo cameras in the city to help reduce the number of fatalities and serious injuries, but critics say much more needs to be done to make city streets as safe as possible.

In 2020, the city installed 50 automated cameras, two in each neighborhood that are moved to a new location every three to six months.

Research from the Hospital for Sick Children shows that there has been a reduction in speed in areas where the cameras have been installed. These results have led to the push for even more cameras, Coun. Mike Layton told CBC News.

“[We want] to make sure we have the same positive impact on the safety of our roads in other places, â€he said. â€œSimply put: it works, do more.

In 2021 alone, 58 people died from crashes on the streets of Toronto. The cameras are just one part of the city’s Vision Zero plan, a strategy that aims to reduce the number of traffic-related deaths to zero. The infrastructure and environment committee will meet on Tuesday to discuss the new cameras. If approved, they will be installed in strategic locations, determined by traffic data, around the city from 2023.

Layton said he would like the deployment to happen sooner, but it was delayed to coincide with the introduction of a new automated system that will streamline the lengthy administrative process for provincial enforcement officers – and avoid a backlog in the judicial system.

Researchers at SickKids, who looked at the first year of the photo radar program, presented their preliminary findings in August 2021. They found an overall reduction in speed, as well as a reduction in excessive speeds for cars that were driven longer. faster than the legal limit. .

The city also reported a total of 227,322 speeding tickets issued by cameras in that first year.

But Layton is keen to make it clear that the city is not about making a profit. It is a matter of public safety.

â€œThe fines basically pay for the cameras,â€ he said. “The money is an incentive for people to stop engaging in dangerous behaviors like speeding.”

Photo radar is not a “golden ticket”, expert says

While some advocates welcome the new cameras, they are also keen to see more effort put into reaching the city’s Vision Zero goal sooner.

Matti Siemiatycki, director of the Institute of Infrastructure at the University of Toronto, said that “photo radar in and of itself will not be the golden ticket that takes us to vision zero.”

“Twenty-five cameras will not be the political intervention that gets us here.”

Siemiatycki argued for a more focused action plan, rather than the incremental changes that have historically been implemented by the city.

For Albert Koehl of the Avenue Road Safety Coalition, one of those focused actions is to completely rethink the way Toronto’s roads are laid out and built.

“We can install (…) radars all over the city,” he said. “But in the longer term, what we really need is a redesign of the road.”

His coalition has called on the city to reduce the number of lanes of traffic on Avenue Road from six to four. It’s a strategy he would like to see implemented in many of the city’s busiest streets.

Koehl noted that the city has historically invested a lot of money in creating roads intended to move cars as quickly as possible, often at the expense of pedestrian and cyclist safety.

“Surely, if we can find $ 2 billion to rebuild the Gardiner Highway, we can find [money to redesign] roads, like Parkside, like Avenue Road, like O’Connor, all places where people have been killed recently. “