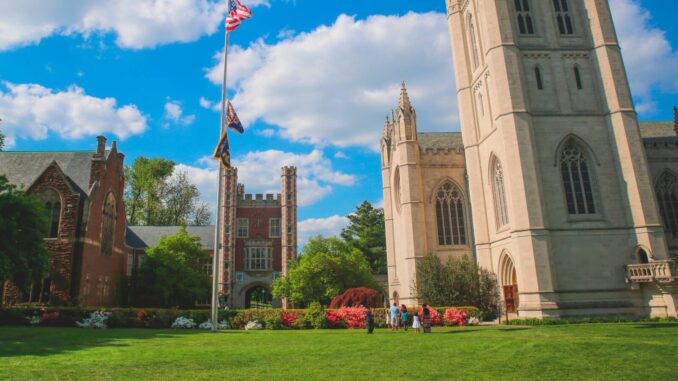 Shannon Lynch and Erika Pichardo have been announced as finalists for the vacant Title IX coordinator position of Trinity. Both applicants had the opportunity to engage and meet students, faculty and staff through virtual forums organized by the research committee of the title IX coordinator on Monday 20 and Wednesday 22 September.

Lynch is currently a paralegal at Raipher, PC in Springfield, Massachusetts. She holds a Bachelor of Arts in Communications with a minor in Law and Justice from Rowan University. Lynch also received a JD from Western New England University Law School in 2019. As a law student, she worked in student government as well as in the Office of the General Counsel and the coordinator of Title IX.

While working in the Law School’s Title IX office, Lynch worked with students, faculty, and staff to discuss some of the issues and events that arose at the school. She also informed the coordinator of any incident that arose in relation to a Title IX allegation. Lynch’s office job focused on undergraduate life at Western New England University, and she helped facilitate a variety of protective measures, including class and dorm changes.

As Title IX coordinator, Lynch indicated that she would maintain an open door policy and prioritize communication with the campus community. In addition to interacting with students, she would set up social media channels to promote preventive education online, the facts of Title IX, and the history of civil rights law. Lynch also stressed the importance of maintaining fairness for plaintiffs and respondents involved in Title IX cases.

According to her LinkedIn profile, Pichardo is the Prevention Education Program Coordinator and Adjunct Professor at the College of Mount Saint Vincent in the Bronx, New York. She conducts training and workshops related to sexual assault, domestic violence, dating violence and stalking on college campuses. Pichardo is also an adjunct lecturer at Pace University where she teaches an advanced level English course.

Pichardo received a Bachelor of Arts from the College of Mount Saint Vincent, a Masters of Criminology and Justice from St. John’s University, and a Doctor of Philosophy in Criminal Justice / Law and Public Policy from Walden University.

The Tripod could not get coverage of Pichardo’s forum; Public policy and law professor Adrienne Fulco, a member of the research committee, declined to provide details of the group’s discussion with Pichardo.

Last week’s forums are the second round of college interviews for the position in the past year. In September 2020, the committee held virtual forums for then-finalists Sophia Brevi and Kelly Young. The search for a Title IX coordinator and an assistant vice-president for diversity, equity and inclusion was suspended a few months later, in November.

Rojas told the Tripod via email that last year’s research was unsuccessful and the College decided not to hire any of the candidates who were under consideration at the time. Moreover, he did not explain why neither Brevi nor Kelly were selected. Rojas also confirmed that the Title IX coordinator and vice president position was split into two full-time positions in the spring after receiving feedback from students and other community members. He also reported that Trinity has hired someone to serve as the Assistant Title IX coordinator throughout the summer.