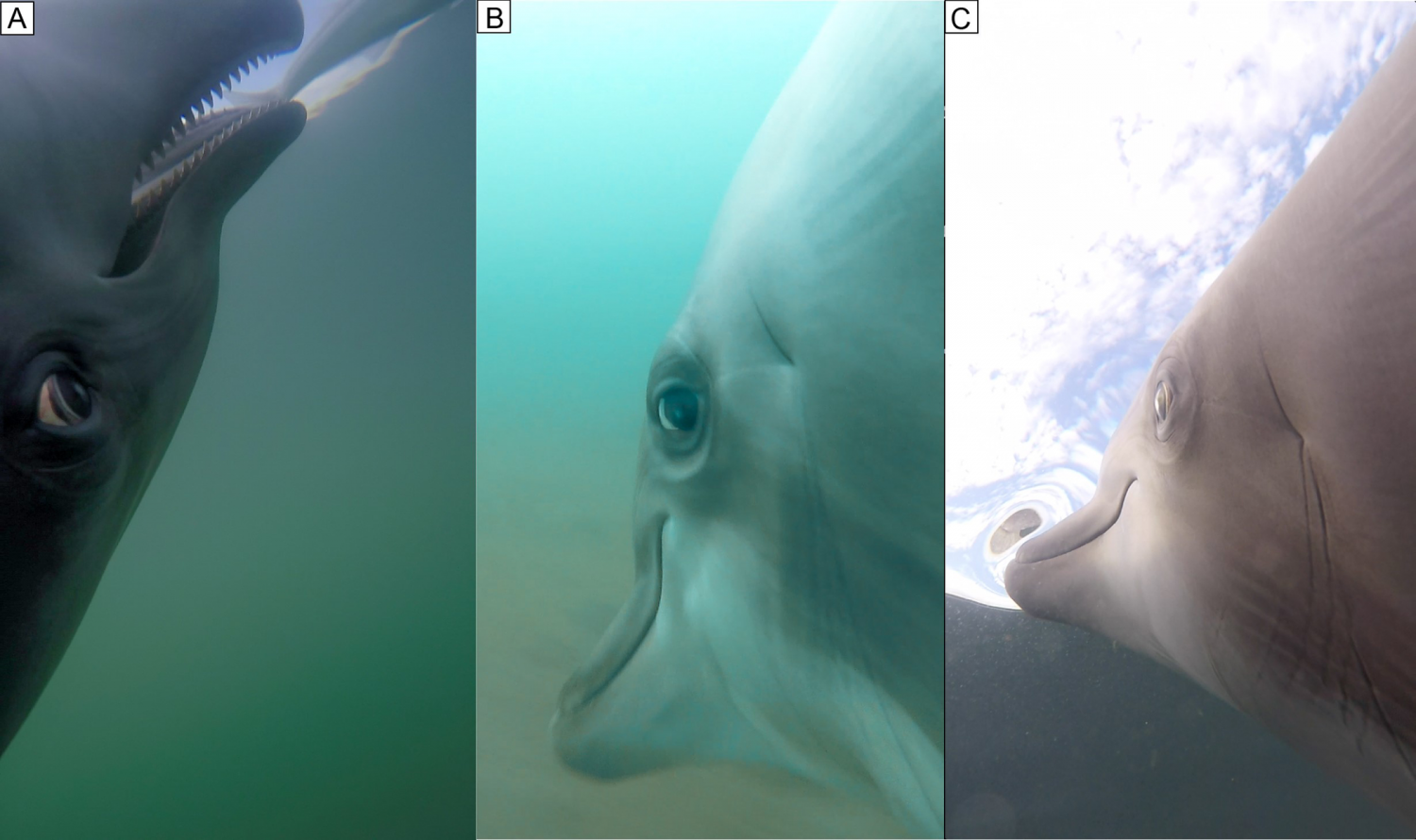 The US Navy attaches cameras to dolphins, and the footage is cute and hilarious!

The United States Navy granted their dolphins’ full reign to hunt in San Diego Bay after strapping cameras on their backs and training them to detect underwater explosives and protect part of the nation’s nuclear arsenal.

Consequently, the very first pictures From a dolphin perspective, the hunt off the coast of North America is filled with cute dolphin calls!

To the amazement of the researchers, the cunning sea animals delivered thrilling chases and even targeted poisonous sea snakes.

The Mysterious Feeding Habits of Dolphins

The consensus among researchers is that there are at least two methods: sucking in prey like eating noodles from a bowl, and swallowing it like a hot dog in between trips.

But thanks to the video, more information about their eating habits has come to light.

Six bottlenose dolphins (Tursiops truncatus) were fitted with cameras from the National Marine Mammal Foundation of the United States (NMMF), which captured images and audio for six months.

These recordings have given us new insights into the hunting techniques and social interactions of these marine mammals.

Their mouths and eyes were seen in surprisingly staggered positions when recording equipment was positioned on their sides or back.

Although these dolphins are not in the wild, they regularly have the opportunity to hunt in the open sea to supplement their typical diet of frozen fish.

NMMF marine mammal veterinarian Sam Ridgway and his colleagues said that when dolphins hunted for food, they clicked continuously at intervals of 20 to 50 ms.

“As prey approaches, the click intervals shorten to a terminal buzz and then a screech. Upon contact with the fish, the buzz and squeal were almost constant until the fish was swallowed,” said added the team.

Over 200 fish were captured by the dolphins with cameras attached to them, including bass, croaker, halibut, smelt and pipefish.

But even more interestingly, the dolphins followed the movement of their prey and used a method previously seen in wild dolphins to swim upside down so their swivel eyes could see clearly.

According to Ridgway and his colleagues, dolphins seemed to use both sight and sound to find prey. They also used vision and echolocation simultaneously to locate a fish.

The cameras also captured the sound of the animals’ beating hearts as they struggled to keep up with the strenuous activities. The footage showed that instead of slamming into their prey, the dolphins used suction to swallow their prey using their powerful throat muscles.

The dolphins’ throat muscles can be seen in the footage kicking in, and their tongues retract as they largely swallow fish into the sides of their open mouth.

Their muscles for sucking add negative pressure which is produced by increasing the internal space of the mouth, according to ScienceAlert.

Although dolphins have been observed playing with snakes in the past, including river dolphins playing with a large anaconda, the video provided evidence that dolphins can also consume these reptiles.

This article belongs to Tech Times

ⓒ 2022 TECHTIMES.com All rights reserved. Do not reproduce without permission.