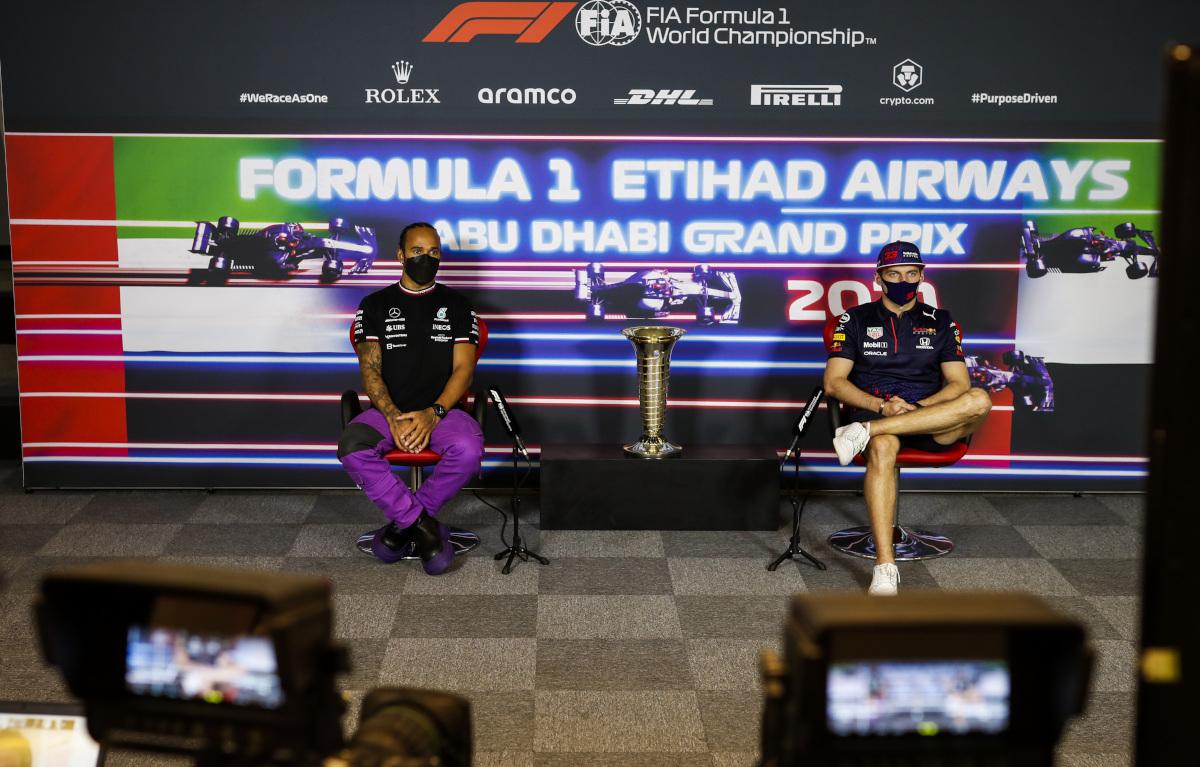 Tom Clarkson says he was aware of a moment of relaxation between Max Verstappen and Lewis Hamilton in Abu Dhabi, but it was not filmed.

The two title contenders have been paired up to take on the media ahead of the decision maker in Yas Marina and as the press conference host Clarkson is there to see what’s going on in the room.

While there had been tension before the weekend between the two of them, they were supposed to be relaxed in each other’s company before questions were asked.

â€œThere was a fun time over the weekend where, before we had Max and Lewis together on Thursday, there was a big talk about ‘are we going for the cheesy handshake,'” said Clarkson on the F1 Nation Podcast.

“What I think you [F1 Nation co-host Damon Hill] and [Michael] Schumacher has done this several times, hasn’t he? So it’s “are we going to go for the cheesy handshake because that’s what all the papers will want?” “

“Anyway, Max shows up early, sits down and we just have a chat. About three minutes later, Lewis walks in, walks right in, punches him, and says “How are you doing, man?” and they chat a bit.

â€œI was like ‘awesome this is it, I don’t need to worry about that cheesy handshake anymore.’

â€œAnd we had a Netflix camera in there. We had the two cameras we have in the press conference room anyway. There was even a photographer in there too.

It would have been a perfect moment to include in the next “Drive to Survive” series or would have been a good clip to release in public before the weekend, to show the two rivals speaking away from the heat of the race in the preparation. at a decisive end of the season.

After making the press call, the F1 reporter said he had hoped to see footage of the pair of them – but things haven’t gone quite as planned on that front.

â€œSo the press conference is on and they have a good conversation,â€ Clarkson explained.

“And then at the end, I said to the guy from Netflix ‘ah, you must have enjoyed the punch’. And he says’ oh, I missed it, bro, I missed it.

“So nobody knows about this punch except me and the people of [there], about three others in the room!