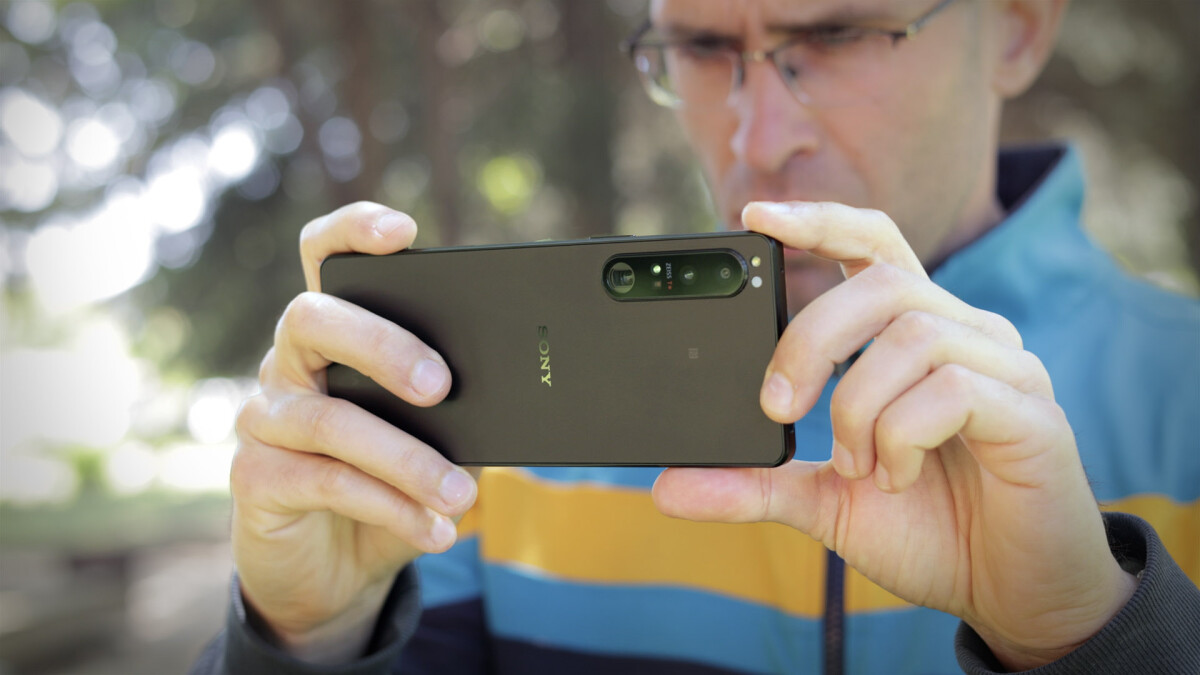 Sony does not hesitate to offer its new flagship phone Xperia 1 IV. The company officially tells us that the new Xperia is “bringing the most advanced video and photo capabilities to a smartphone,” period.

That’s a bold statement! But it looks like Sony has the hardware to back up such a claim too, with a triple camera system among which you get the world’s first “true 85-125mm optical zoom”. Additionally, all three lenses support 4K120 video recording, a feature you don’t get on mainstream flagships at all. And then you get some unique accessories and features that allow you to vlog and live stream without any fancy extra gear, again, something other companies don’t give you as an option.

So the Xperia 1 IV is certainly a very exciting phone for makers, but how does it compare to much cheaper flagship phones? And if you’re just an average user who wants to press a button, take a picture and go, can this phone offer you more than others?

That’s what we’re going to find out in this camera comparison where we pit the Xperia 1 IV against the iPhone 13 Pro and the Galaxy S22 Ultra!

*Warning: This test was carried out with a preliminary version of the Xperia 1 IV. Sony tells us that the camera software shouldn’t change significantly in the final version.

Below are the technical specifications of the Xperia compared to the iPhone and Galaxy:

If you care about specs, the Xperia comes with a 1/1.7-inch sensor for the main camera versus 1/1.33-inch on the Galaxy and 1/1.65-inch on the iPhone, it is therefore the smallest sensor of these three, a little smaller than the iPhone.

Another thing worth mentioning is simply the default camera app on the Xperia, called Photo Pro. It has a full-fledged Sony Alpha camera interface with manual controls and dials for everything from ISO, shutter speed, focus, white balance and more. Again. For the purposes of this comparison, however, we’ve focused on shooting JPEGs using Basic mode on the Xperia, which most closely resembles the camera apps on the iPhone and Galaxy.

The Photo Pro camera app takes some getting used to and has a few quirks:

But you do get a bunch of manual controls. Recording video is a bit of an enigma: you can do it through that same Photo Pro app (with just a few controls), you can use the Video Pro app (which gives you smooth zoom controls, streaming options direct and much more), or you can use the Cinema Pro app (exclusively cinematic 4K HDR 24fps or 120fps wide aspect ratio footage).

Is there a difference between photos taken under ideal conditions?

The short answer is: Yes, there is a big difference. But let us explain.

The Xperia 1 IV adopts a totally different philosophy to the other two: its aim seems to be just to capture a realistic photo. Period. The Galaxy and iPhone, on the other hand, seem to have a slightly different goal in mind: to capture the most pleasing photo.

The Xperia does indeed look closer to the real thing in many cases, but it also sometimes lacks color and detail. Greenery is rendered a single monotonous hue, while you can see pleasing colors and shades on the Galaxy and iPhone.

On the other hand, you can see the Galaxy and iPhone lift shadows for a more HDR look, while the Xperia doesn’t, often resulting in darker photos.

And in terms of detail, we don’t really have a problem with the softer look of the Xperia’s photos. In fact, it’s the excessive sharpness on the iPhone, for example, that often contributes to making photos look “phone-like”, not in a complementary way.

What about low light?

In low light, we find that the Xperia is not quite as consistent as the others. The street photo turned out to be abnormally overexposed and looks a bit off, while the others in the series don’t have this problem.

Most of the time, the Xperia did a good job overnight, and wasn’t too far behind the iPhone and Galaxy.

Is the ultra-wide camera good enough?

The Sony isn’t as “ultra” as the others, but that could be a good thing

You’ll probably notice that the Sony’s ultra-wide camera isn’t as large as what you get on the Galaxy or iPhone.

But perhaps the biggest difference is in the colors, as you get those typical neutral colors versus more colorful and saturated tones on the other two devices.

A variable zoom that goes further, but at what cost?

You can clearly see that the variable zoom lens is a bit softer than the other two, the details aren’t as sharp. We don’t see this as a problem in the native 3.5X to 5.2X zoom range, but go a little further to 10X for example and it becomes a much bigger problem and contrasts with the incredibly sharp images of the Galaxy for example.

Can you get an “outsourced” photo these days?

Samsung and Apple can be blamed for “over-processing” photos, adding too much saturation or way too much sharpening in an effort to give you an “edited” image ready to share, but often not quite faithful. to reality.

Looking at portrait shots of the Xperia, I have to admit it goes to the other end of the “undershot” shots. Sometimes this look is just fine! Other times it produced a photo that just wasn’t good enough to share with the world before some kind of editing, and if you’re an average consumer, you’d mind. For example, notice the first shot with the trees in the background: it’s severely underexposed and looks downright depressing on the Xperia, while the other two phones do a much better job with this image.

In the second shot, where you don’t have such difficult light, you can see that the Xperia is doing a much better job, and you can tell that’s indeed the neutral, ‘natural’ way of the photo in the real life.

Finally, we have to mention how you take portraits: you first have to tap the two circles icon and then tap the bokeh button, which seems overly complicated for a commonly used setting.

One thing where the Xperia does well, however, are ‘portrait’ photos of objects. Notice the dandelions, the iPhone completely missed this shot! In contrast, the Xperia and Galaxy do an excellent job of blurring the background with these types of shots.

I have to be honest, the first time I took a selfie with the Xperia 1 IV I laughed at the result. The phone’s default settings produced a grotesque image that enlarged my eyes, smoothed my skin to a ridiculous extent, and turned me into a caricature of myself. Luckily, a few quick hits and those nasty “upgrades” were gone.

Once you turn off those focuses, selfies on the Xperia look…very good! The phone sticks to those “natural” colors, another way of saying the tones are darker than the treatment you get on the iPhone or Galaxy, but the detail is good enough and the result does indeed look more realistic.

At the end of the day, the Xperia 1 IV is a photographic powerhouse in terms of hardware, but oddly, using it as a regular phone you can’t quite tell. Photos are often hit or miss even in well-lit conditions. And it’s certainly not as consistent as the iPhone 13 Pro or the Galaxy S22 Ultra.

I can already hear Sony fans rushing to explain that this isn’t what this phone is supposed to do, it’s for creators and enthusiasts to tinker with settings. But I think one shouldn’t stop Sony from improving the other. We should be able to get great photos with minimal effort with this camera, just like we do on regular phones.

The variable zoom camera is an impressive technical achievement, but not as revolutionary as one might think. One could easily argue that a second 10X zoom camera like the one you have on the Galaxy would have been much more useful, and I can see the validity of that argument.

So in a regular camera comparison, the Xperia isn’t quite on par with the mainstream flagships, but if you plan to use its unique features like 4K120 video, live streaming, lightning-fast autofocus for sports shots or just tinkering with manual controls, so…why not?