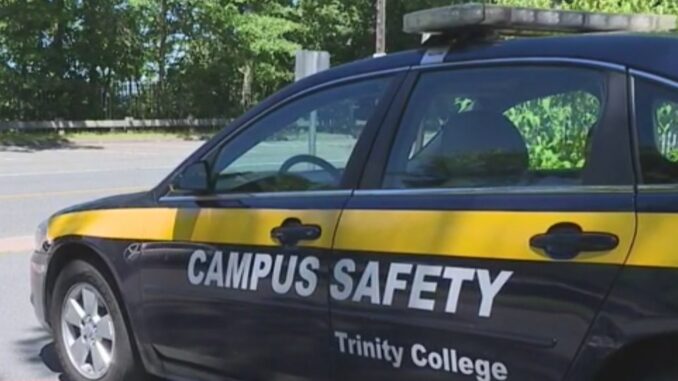 Shooting near campus over weekend leaves man in critical condition

Campus Security is working with the Hartford Police Department (HPD) following a shooting that occurred near campus on Saturday, according to an Aug. 27 email sent to the Trinity College community by the acting principal of the campus security, Rob Lukaskiewicz.

“An unknown man shot another unknown man near 207 New Britain Avenue. The suspect fled the area on foot and was last seen heading south away from campus. Campus Safety is working with HPD on possible security camera footage of the area,” Lukaskiewicz wrote in his email. He said no one from the community of Trinity was involved in the incident which happened around 4:45 a.m. A section of New Britain Avenue near the Crescent Street entrance remained closed at the time of the announcement.

Few details of the incident are publicly available at this time. NBC Connecticut reported the victim was a man in his 30s who suffered multiple gunshot wounds. The individual was taken to hospital where authorities confirmed he was in critical but stable condition. The shooting is currently under investigation.

Lukaskiewicz advised those who witness a crime or something suspicious to call HPD at 860-757-4000 or 911 in case of an emergency.