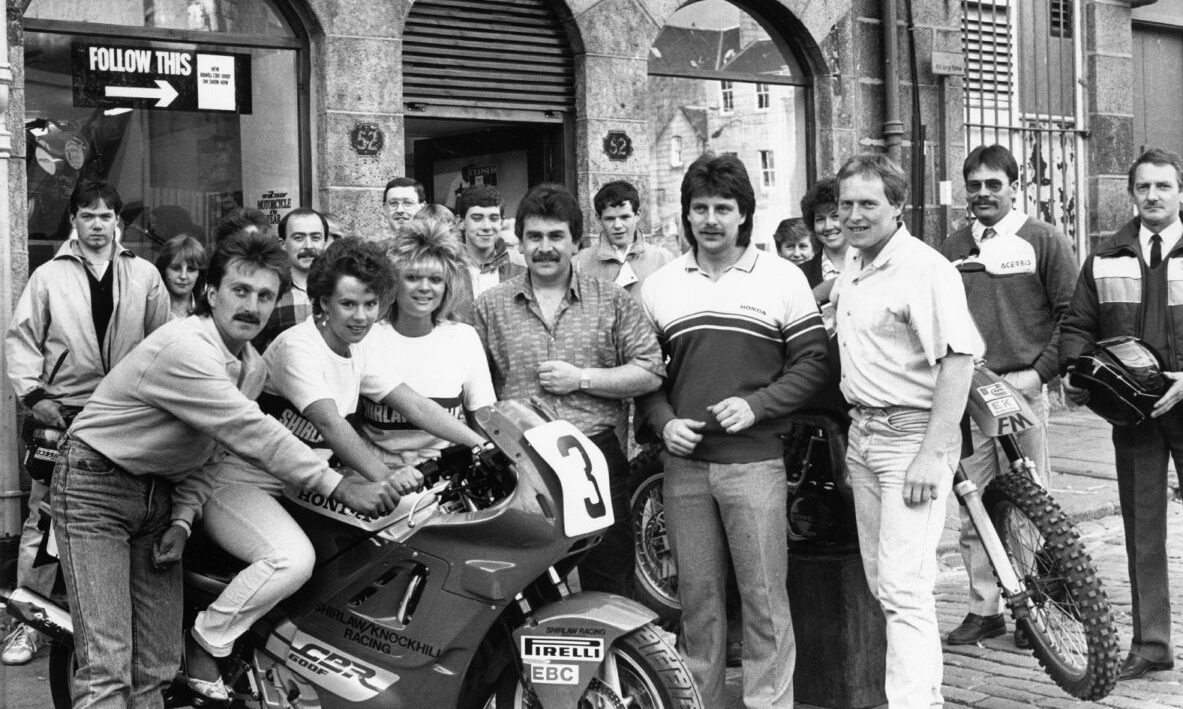 Many biker routes have started at Shirlaws Triumph, a name that is synonymous with Granite City.

Shirlaws has not only been a long-standing part of Aberdeen retail history, but also Scotland’s oldest family-owned motorcycle business.

Founded in 1928, the motorcycle specialist had humble beginnings with premises at 7 Catherine Street, offering brands such as Imperial, Norton, Royal Enfield and Triumph.

But Shirlaws never left Aberdeen’s heart, this photo above shows all the leathers and helmets available in their store on The Green in 1979.

A synonym for biking, Shirlaws has outfitted generations of bikers everywhere.

In addition to stocking all essential accessories, the company opened a new workshop on The Green in 1979.

These motorcycles were overhauled by mechanics from the company’s repair department.

Over the past few decades, Shirlaws has been more widely associated with its Crown Street premises.

Not much has changed from this above photo of the showroom taken after it was enlarged in 1980, but the signage is a little different these days.

Shirlaws garnered a lot of interest in 1985, when it stocked the new Yamaha XVZ12T / TD touring motorcycle.

The impressive model was just one of two in all of Scotland and featured the latest technology, including a warning light system and air suspension that could be controlled at the push of a button.

There was a lot of excitement in 1987 when Scottish motorcycle road racing champion Brian Morrison, front left, officially opened the new Honda dealership in Shirlaw.

Although designed for road use, the coveted bike was bred for racing and capable of reaching speeds of 160 mph – in the right hands.

While the fashion is gone, some things haven’t changed over the past 93 years – Shirlaws has remained Scotland’s most established Triumph dealer.

In this 1995 photo, sales manager Donal Stephen shows off the new 1990’s version of the 1961 Triumph Thunderbird at Shirlaws on Crown Street.