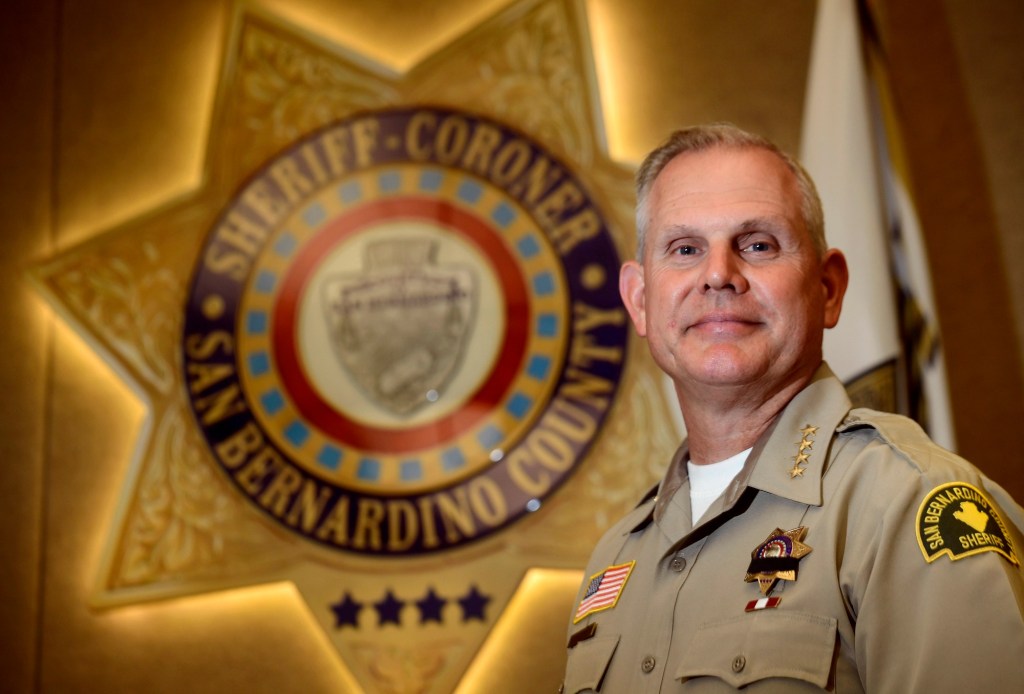 MPs patrolling the country’s geographically largest county, which includes mountains, deserts and urban communities, are expected to have video cameras affixed to their uniforms by the end of next winter, the sheriff said. from San Bernardino County, Shannon Dicus.

Dicus said the cost and difficulty of transferring data from remote locations were barriers to adding the equipment that many other law enforcement agencies adopted years ago.

“MPs love the concept. It is not a problem that we are trying to resist. We just haven’t overcome the infrastructure problems, ”he said.

Dicus, the former Deputy Sheriff, was promoted by the Supervisory Board and was sworn in on July 14 following the resignation of John McMahon. Dicus, 54, is an army veteran, the son and nephew of deputy sheriffs and grew up in the Morongo Valley. He sat down for an interview on Thursday August 5th. Questions and answers have been edited for brevity and clarity.

Question: Did your father influence your choice of career?

Reply: I spent my whole childhood telling him that I would never be an MP. I was going to work for the federal government. (Dicus accepted a job with the Department of Veterans Affairs as a police officer.) When I got there, I realized that in the federal system, the Titanic is spinning very slowly. And a better fit for my personality was local, so I had to eat crow with my dad and became an MP.

Q: How will your personality influence you as a sheriff?

Question: What should policing in the county look like given the renewed movement for social justice, increased scrutiny by law enforcement and the heated rhetoric surrounding the country?

A: These people from the ACLU and faith groups grew up with us. And when I say grown up, we’ve all grown old. So there’s a whole bunch of people, especially the people you see protesting there, and let’s say the age range is 18 to 35. This group, I am not sure in our model of information exchange, we have touched it. So what we have done recently is we have moved on to a next generation information exchange involving young people so that we hear their message. We have created smaller groups, maybe five to eight people in that age range, and they talk to members of Parliament about what they hear and see.

Each of our communities is different. So with that in mind, what we’re doing is having local information exchanges. The commander of a station now incorporates some of the like people from their communities, churches, school representatives, making sure the city is monitored in a way the public expects based on the issues they see. .

Q: No matter what your job, everyone thought about what they would do if they were in charge. What were your plans?

A: I believe there are three key elements to leadership. No. 1 is empathy. The moment your (empathy) meter is broken is when things go wrong. (N ° 2) Communication. It must be essential and fundamental. And even more important (# 3), you need to listen properly. There’s a lot going on in the community now that determines what we do at the Sheriff’s Department.

We launched community services and reintegration command. So when the person is incarcerated, we identify the things that they might need before they are released into society. Do they have a driving license? Do they have a roof over their head? I will be very firm on the law enforcement system. People need to be protected. But on the incarceration side, we can give these people – if they want – the best chance to be successful. “

Q: What can be done to prevent excessive upstream force incidents, some of which have cost the county costly settlements?

A: I think body-worn cameras will show the great things our people are doing and when things don’t go it certainly gives us a basis to conduct a proper investigation. There is another thing that is going to be specific to me. It’s a system called Active Bystandership in Law Enforcement. (The system teaches officers how to intervene to prevent officer misconduct.) This is an implicit bias. The course is unique in that you have to partner with an activist. We don’t talk (enough) about human behavior. We are talking about color. We train together to understand each other better.