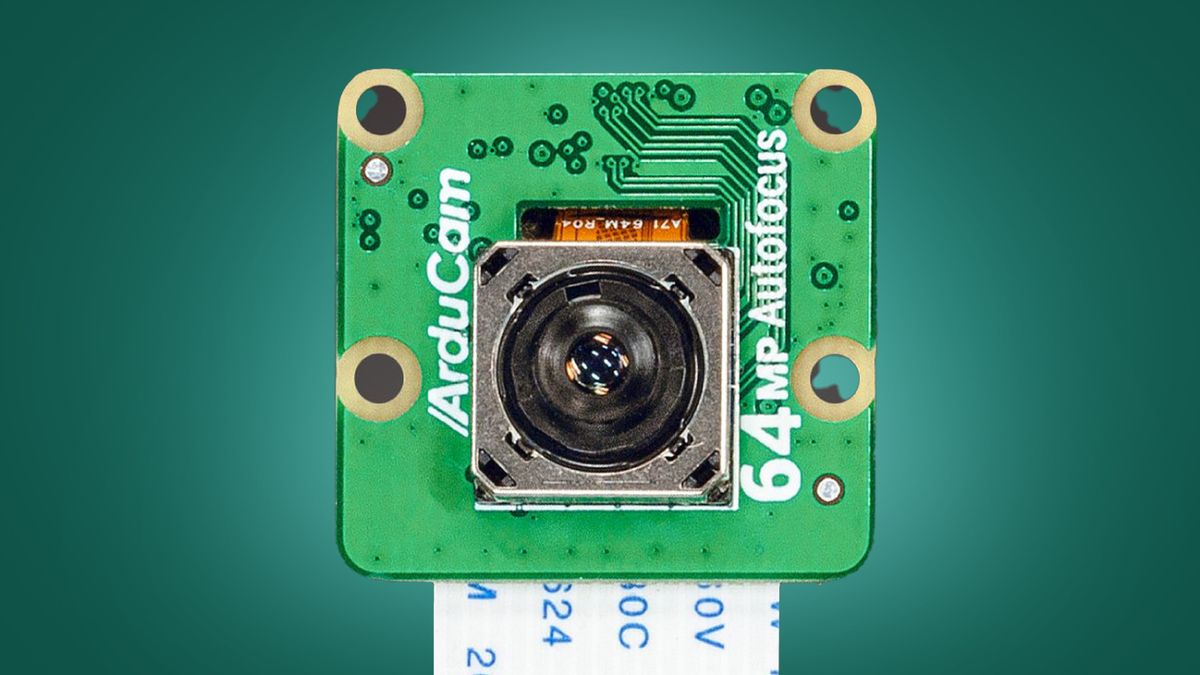 Raspberry Pi projects have tempted me to buy (and put aside) a lot of cheesy accessories before, but I finally found one that might hold up to some staying power – and promises to be a lot more fun than my Boring and competent iPhone.

New 64MP Pi Hawk-eye camera from ArduCam brings phone-like resolution to Raspberry Pi cameras for the first time. And thanks to modern goodies like autofocus and digital zoom, it could be a solid centerpiece for a unique, homemade camera. which takes good pictures, but not too good.

To be honest, I was a little too excited about Raspberry Pi projects before. During lockdown, I purchased a Raspberry Pi 4 Model B with a square HyperPixel display, with the grand purpose of building a Viewing Sonos album art. Despite spending countless hours at home to finish it, I got a little distracted playing Overcooked and A Way Out on PlayStation.

But this new 64MP camera has once again ignited my imagination, to the point that I can actually see myself completing a Raspberry Pi project. It’s been possible to make Pi-based cameras before, but the Pi V2 camera module is an 8MP affair with a prime lens and the high-quality camera module always seemed a little too involved.

The new Pi Hawk-eye camera is about the same size as previous cameras, which is handy. It also means that the image quality at full 64MP resolution (which is only available if you connect it to a Pi Model 4B or Pi Compute Module 4) might even be a bit worse than previous Raspberry Pi cameras. But the sample images from ArduCam look decent and the appeal is in really modern features like autofocus, which should mean I won’t mess with things like focus drift.

Setting up the new 64MP camera should also be (relatively) simple, despite my newbie status, as it runs on the same “libcamera” software as the previous two Raspberry Pi camera modules. If you’ve tried any projects with the latter, you can also use the Camera Module V1/V2 cases with this new one.

The real fun (and maybe my undoing), though, will be making a case for that custom 64MP camera…

Realistically, I’d probably go the easier route and get a pre-made camera case to house the Raspberry Pi, 64MP camera, and battery. ArduCam makes a “Pan & Tilt kit” to go along with their new autofocus camera, but there are more interesting possibilities on the Raspberry Pi store that should theoretically be compatible.

There’s the standard Raspberry Pi 4 camera enclosure, but the one that’s particularly caught my eye in the past is the weatherproofing. NatureBytes Wildlife Camera Case. It has an infrared lens to detect movement, making it a neat wildlife camera to set up in the garden – if you buy the other parts, including an SD card and flash drive.

But the real dream, and one that’s actually more interesting than my iPhone camera, is a custom 3D printed case. It could turn the Pi Hawk-eye camera into a unique point-and-shoot, but with a few more quirks than your average smartphone.

There’s no doubt that my iPhone is the best point-and-shoot camera I’ve ever owned, but the soulless perfection of its algorithms has only fueled demand for more eccentric and flawed photographic sidekicks. . The best instant cameras have never been more popular, for example, while Lomography continues to serve up charming concoctions.

But none of those could match the satisfaction of building my own digital camera, and it’s never been more achievable thanks to the Raspberry Pi and modules like this new 64MP Pi Hawk-eye camera. Maybe I’d go with the older, high-quality Raspberry Pi camera module eventually, thanks to its built-in lens mount and availability of rather attractive cases like the Raspberry Pi HQ Camera Case (above).

Either way, there’s no real excuse not to finally start (and finish) the Raspberry Pi project I’ve been thinking about — after finishing my Sonos album art display, of course.

The 3 Best Installment Loan Apps to Get You Started