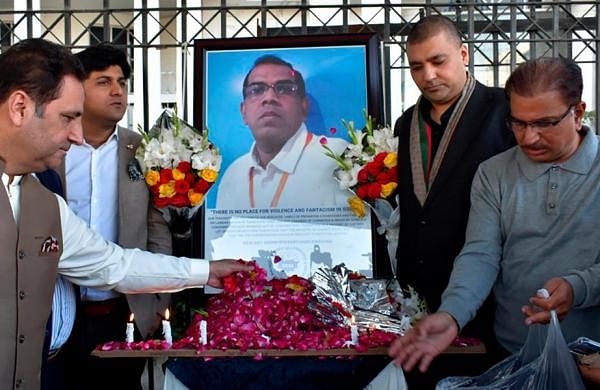 ISLAMABAD: Pakistani church leadership condemned the killing and burning of the body of a Sri Lankan Christian by a crowd in Sialkot on Saturday. No less than 124 people were arrested in the lynching of a Sri Lankan export manager by dozens of workers at the Sialkot factory.

The gruesome murder of Priyantha Kumara, who worked in a sportswear manufacturing factory as a general manager for the past 10 years, over allegations of blasphemy had shocked and grieved the whole country, said the moderator / chairman of Church of Pakistan, Bishop Dr Azad Marshall and Roman Catholic Archbishop of Lahore Sebastian Francis Shaw.

“The cold-blooded murder of Mr. Kumara has grieved us all. Our hearts go out to his family and the people of Sri Lanka for this great tragedy. As Pakistanis we are ashamed of our heads,” they said. at The Journal de la Nation.

A mob tortured Diyawadana to death on Friday before burning his body in Sialkot for alleged blasphemy. The incident took place in the Wazirabad Road area. Local media said workers at private factories attacked the export manager of the Diyawadana factory and burned his body after killing him, Dawn newspaper reported.

According to Bishop Marshall, the public outcry over the Sialkot incident showed that a large majority of Pakistani citizens oppose the rise of extremism and intolerance in society. Meanwhile, the National Human Rights Commission (NCHR) has demanded a swift and impartial investigation into the lynching of Sri Lankan factory manager Priyantha Kumara Diyawadana in Sialkot.

â€œWe in the committee are deeply disturbed by the brutal mob violence and the blatant violation of human rights, especially against a guest in our country. It is unfortunate that the commission is releasing its very first introductory statement on such a horrific incident which has rocked the whole nation, â€the statutory body quoted by the Dawn newspaper said.

A shootout in upscale neighborhoods filmed and calls to curb violence