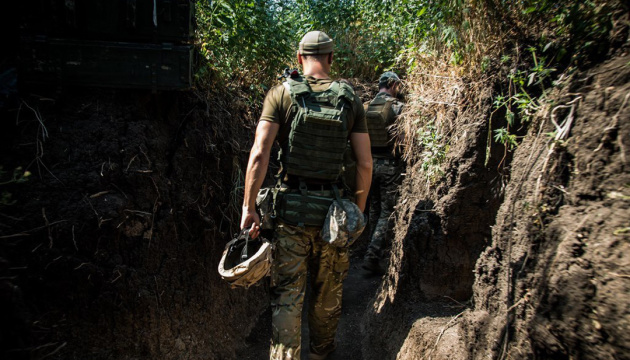 During the last day, October 7, six ceasefire violations by Russian occupation troops were recorded in the Joint Forces Operation (JFO) in eastern Ukraine .

In the Luhansk region, an enemy unmanned aerial vehicle, presumably Orlan-10, was spotted flying over the contact line.

At 7:00 am on October 8, two ceasefire violations were recorded. A Ukrainian soldier was injured.

Ukrainian defenders opened fire without resorting to weapons prohibited by the Minsk accords to force the enemy to stop the bombing.

“Our troops are controlling the situation in the area of â€‹â€‹operation of the joint forces to repel and deter the armed aggression of the Russian Federation,” the statement read.