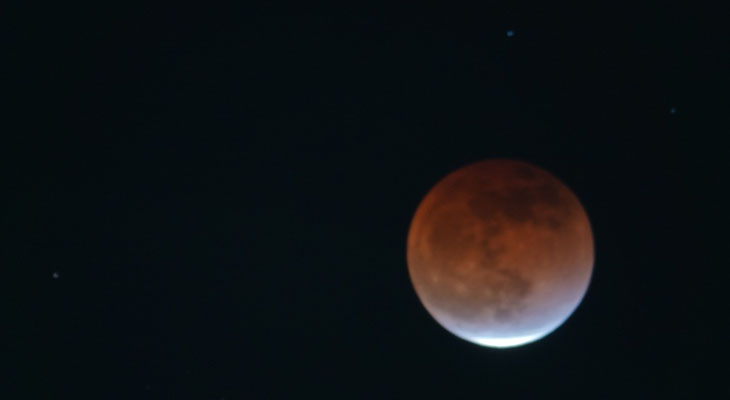 Observing the Lunar Eclipse with the Santa Barbara Astronomical Unit

Here are some pictures I took of the total lunar eclipse last night!

The Santa Barbara Astronomical Unit (SBAU) is our local astronomy club, which is also affiliated with the Santa Barbara Museum of Natural History. They sponsored the viewing of this rare astronomical event in the plaza near the Camino Real cinemas in Goleta. Members brought their personal telescopes which are as good or better than telescopes at some local educational institutions.

Hundreds of people passed by during the viewing time from approximately 8:00 p.m. to 11:00 p.m. and peeked through the telescopes or watched with their own eyes and learned information from the SBAU volunteers.

In my case, I couldn’t wait to try out my new used Sony RX10 Mark IV camera that I bought on Ebay! I put it on a tripod that my wife found abandoned on the street in our neighborhood! There was a lot of light pollution in the mall, but it was still fun to be there with friends.

This is what the moon looked like as it just cleared the trees at 8:15 p.m.

Here you can see the last small speck of light on the moon at 8:26 p.m. just before totality

And then, all of it!

The whole thing lasted over 80 minutes! The photo above was taken at 9:15 p.m. Notice the two stars near the moon. Chuck and Pat McPartlin’s husband-wife team explained that these stars are in the constellation Libra. One is Zubeneschamali which means “Claw of the North” in Arabic. The other is Zubenelgenubi which means “Claw of the South”. You might be wondering what claws have to do with Libra scales. The “claws” were part of the constellation Scorpio which had claws. Until they are stolen to become part of Libra.

The International Astronomical Union (IAU) divides the sky into 88 constellations so that each star can be located in a familiar and identifiable context.

Chuck also explained that much of the moon’s red color is due to a volcano that erupted in Tonga in December, throwing dust into the atmosphere. He thinks the war in Ukraine could also add dust to the atmosphere. There is only one atmosphere on our fragile planet. What happens in one place soon spreads around the world.

This photo was taken at 9:31 p.m. as light begins to return to the moon. Notice how Zubeneschamali has a blue tint.

At 9:53 am I took this photo which shows more clearly the light returning to the moon. You can see three stars in this photo.

After that you can see the light slowly sweeping across the moon as I took more photos until 10:30 p.m.

I have photographed such events in the past and have come to the conclusion that the best technique is to use the lowest possible ISO setting for the camera. This reduces noise. It also means using long exposures. Most of my exposures were 5-10 seconds long. A tripod is essential. And it is necessary to use a 2 second delay trigger so that pressing the trigger does not cause vibration.