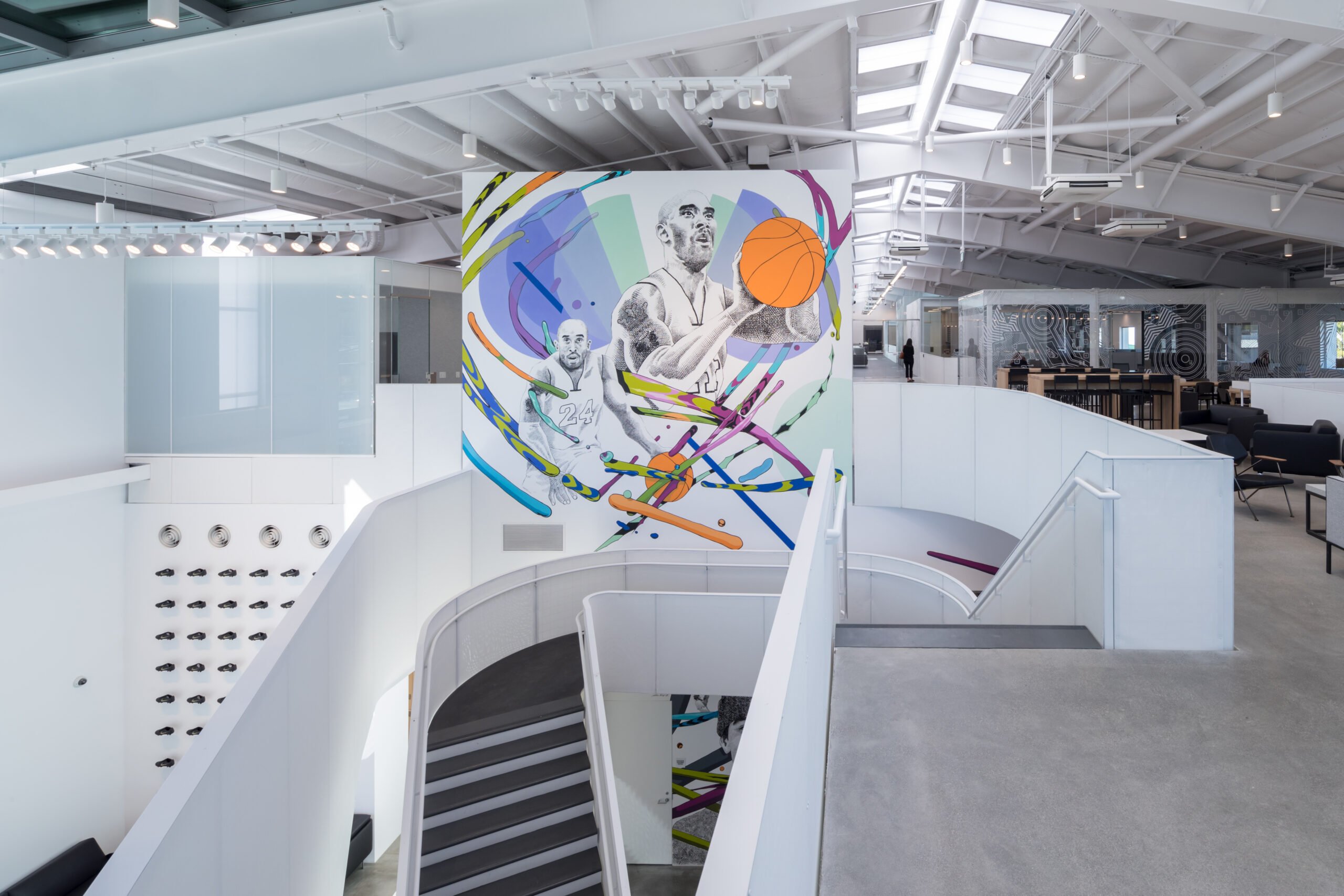 For Streamline operations, the firm hired Los Angeles-based Lorcan O’Herlihy Architects (LOHA) to design a creative studio in Culver City bringing together all components of the overall brand image from pre-production to post-production. , in a centralized space dubbed Nike Icon Studios. “There was no precedent for a flagship like this for Nike,” O’Herlihy said. “It lends itself to a great opportunity. »

The 50,000 square foot studio stretches along the central spine of a new pre-engineered steel core and shell building. The interior logic is similar to an industrial factory, with goods arriving at loading docks and descending from pre-production preparation, to dress-up models, to photography, and finally to editing for on-site distribution. Nike website, and in its marketing and promotions.

Since equipment in space often needs to be moved, O’Herlihy considered durability. The main hallway is partially covered with metal to protect it from rolling clothes racks and errant tripods. The interior’s muted color scheme is a mix of grays and whites, punctuated by brightly colored murals of the company’s famous muses, such as Kobe Bryant and Serena.

O’Herlihy was inspired by the layers of filters on a camera lens, with flickering layers of light between the studio and common areas. “Some [of the spaces] are more transparent and some are more opaque,” says O’Herlihy. The quality of light changes from bay to bay, controlled by acoustic felt baffles separating the first floor from the mezzanine and motorized mechoshades throughout the building. Stretch fabric ceiling panels in small editorial studios control sound and conference rooms and private offices use Baswaphon acoustic plaster ceiling.

The space is flexible, depending on Nike’s needs. Furniture is easily rearranged and bays are separated by movable curtains which can be orchestrated to create large photography studios or 14 individual studios.

The post-production, editing and conference rooms are on the mezzanine level overlooking the studios below, further connecting the product imaging process to the pixels. A large outdoor patio offers views of Baldwin Hills as well as a flexible common area where employees can congregate.

Although Covid has enabled much of the knowledge industry to work from home, to buy from our laptops, the creation of this content can only be done in person. LOHA had no intention of building a project suitable for the pandemic, but the flexibility of the interiors and the vast outdoor space proved to be prescient. He is now working on a second flagship studio. “Nike liked the project and asked us to do another one,” says O’Herlihy. Nike’s second flagship studio is also in Los Angeles.