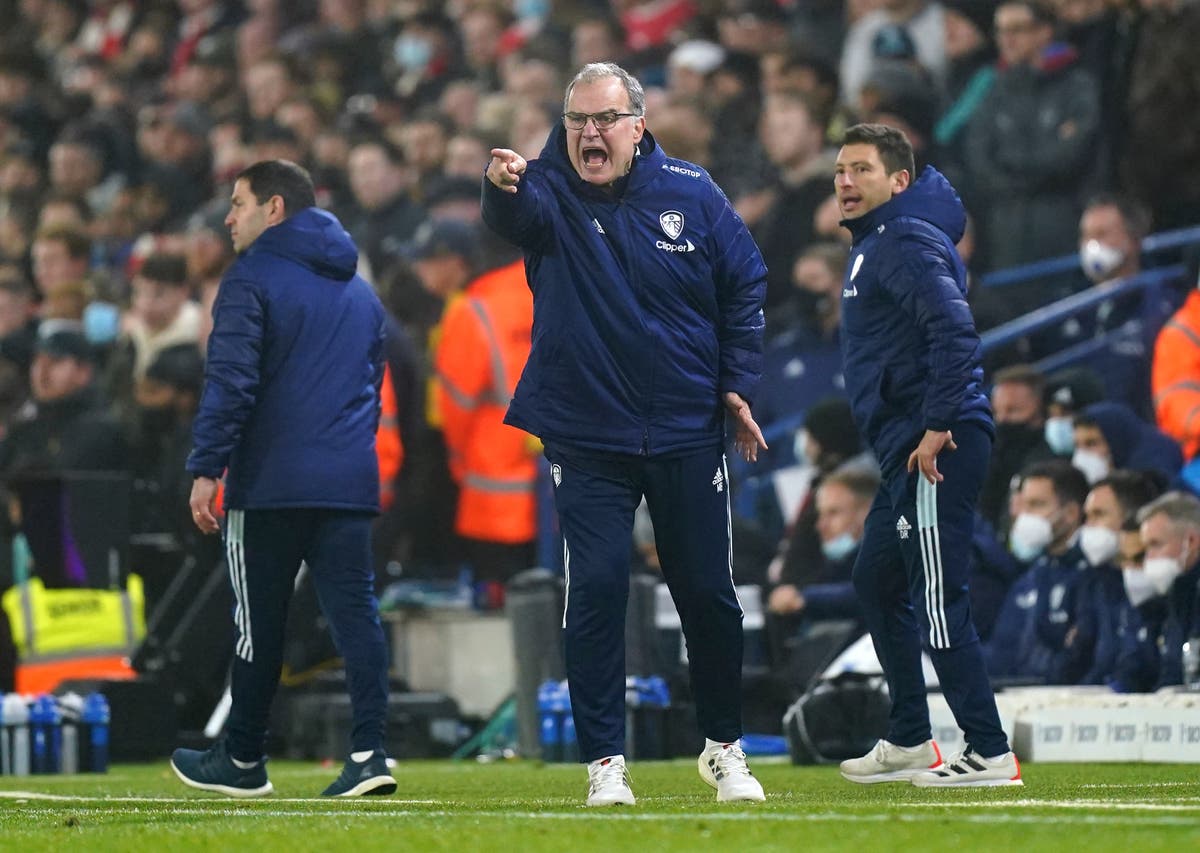 Marcelo Bielsa believes Sunday’s home game against Burnley is a great opportunity for Leeds to turn their Premier League campaign around.

After thriving on their return to the top flight last season, which culminated with an impressive ninth place, the Elland Road side have struggled during the current tenure and have won just three times.

Injuries have ravaged Leeds in recent months and their last two matches have been postponed following Covid-19 cases, adding to an already long list of absentees, but this weekend is seen as a chance to end. get back on track.

Bielsa said: “Every game we play from now on will be important, and the ones we have played before are the ones that position us where we are.

“Sunday’s game is a great opportunity to redirect the direction of the campaign.”

Six points separate Leeds from visiting Burnley, who are in the bottom three and held Bielsa’s side to a 1-1 draw at Turf Moor in August.

While last season’s top scorer Patrick Bamford has only played seven times in the Premier League this season and Kalvin Phillips is now out until March with a hamstring problem, the former Argentina boss remains determined not to use the club’s injury issues as an excuse.

The 66-year-old spoke openly last month about how he was not immune from dismissal and expressed disappointment with his own level of coaching during the 2021-22 campaign.

Asked to reflect on the past year, Bielsa said: â€œThe assessment of my task over the past few months is negative. The situations that we had to go through, I could not resolve them as I thought.

â€œThe majority of the things that happened, I thought they could happen and I imagined the resources would fix them, but obviously those resources were not adequate.

â€œEven though there was a high percentage of injuries, and these are things you can’t anticipate, let alone in proportion to what it was, the rest of the things that define declining performance, I thought that they could happen and I could not resolve them.

Bielsa was more positive about the continued support he and the team received from the Elland Road loyalists. The home loss to Arsenal two weeks ago ended five games unbeaten at home.

“Every time we have played at home the home crowd has always been one element that gets better and pushes the team to be in a better mood,” said Bielsa.

“I think the support the Leeds fans have for the team is unconditional and it is not common in these times to keep that recognition from the fans even when the team is losing.”

After postponing their two festive period fixtures with Liverpool and Aston Villa, the Whites are set to welcome Junior Firpo, Diego Llorente and Dan James again on Sunday.

Jack Harrison will also feature after his early retirement against Arsenal and Patrick Bamford (hamstring) will be assessed.