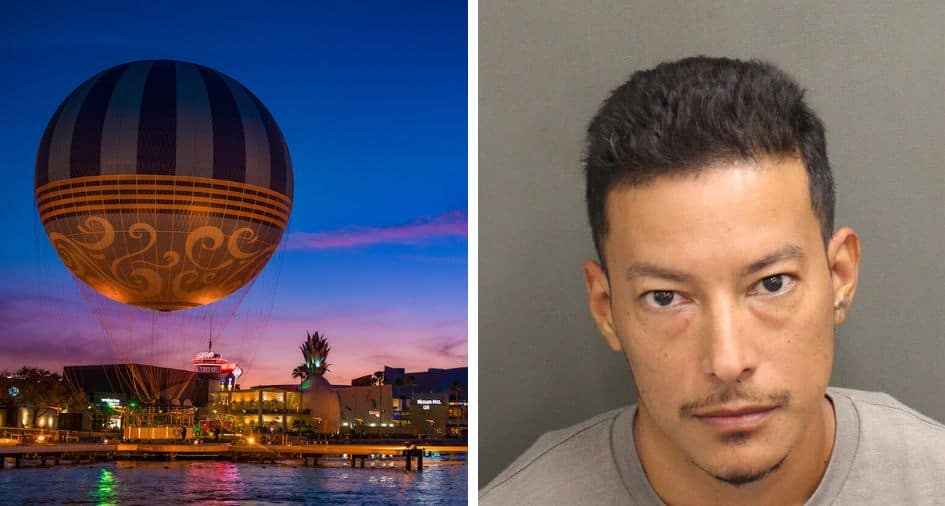 When issues arise at Disney with Guests and inappropriate behavior, Disney cast members and security typically handle the situation and escort the problematic Guest out of the park if necessary. However, sometimes the situation is a little more serious and the Orange County Sheriff’s Office must intervene. We learn all that the Sheriff’s Office is doing to help at Walt Disney World Resort when the Sheriff’s Office releases its report on arrests made at the resort — whether at theme parks, resort hotels or Disney Springs.

According to the recently released sheriff’s report, a man was arrested in Disney Springs when he was caught with two firearms and multiple rounds of ammunition, in addition to a knife. The sheriff’s report says Aaron Lopez, 35, triggered the metal detector as he tried to enter Disney Springs. Lopez was brought in to have his bag investigated, and the Disney security guard he dealt with issued the following statement:

“I told him I was going to search his bag and he told me he had a folding knife in his bag. I told him to show me the knife and then I said I had to search his bag. He still hasn’t put it on the table at this point. Then he goes on to say, “Oh, there’s something else here besides a knife I want to put back in my car.” -turned and walked away.

Lopez returning to his car worried the security guard, and an Orange County police officer and Disney Springs cast member grabbed Lopez before he returned to his car. On his person, the police found not only the folding knife, but also a Glock handgun and numerous cartridges. He told officers he had a valid concealed carry permit, which means he is allowed to carry a firearm in public, but the permit was not produced. The gun did not have a serial number when the officer looked in his system, but Lopez said he submitted the paperwork to have a serial number assigned to it.

It is extremely important for guests to remember that firearms – or weapons of any kind – are STRICTLY PROHIBITED at Walt Disney World. While the state of Florida can allow people to walk around with a gun if they have the proper paperwork, Disney is privately owned. That means Disney can make and enforce any rules they want, and they don’t allow weapons (including things like pepper spray) on any of their properties.

Before deciding to visit a Disney Resort, it’s always a good idea to check the rules and regulations of the Resort. This will let guests know what types of things are and are not allowed on the property, as well as the appropriate dress code. If you have any questions, you can always contact Disney through their website or by phone and a Cast Member will do their best to help you.