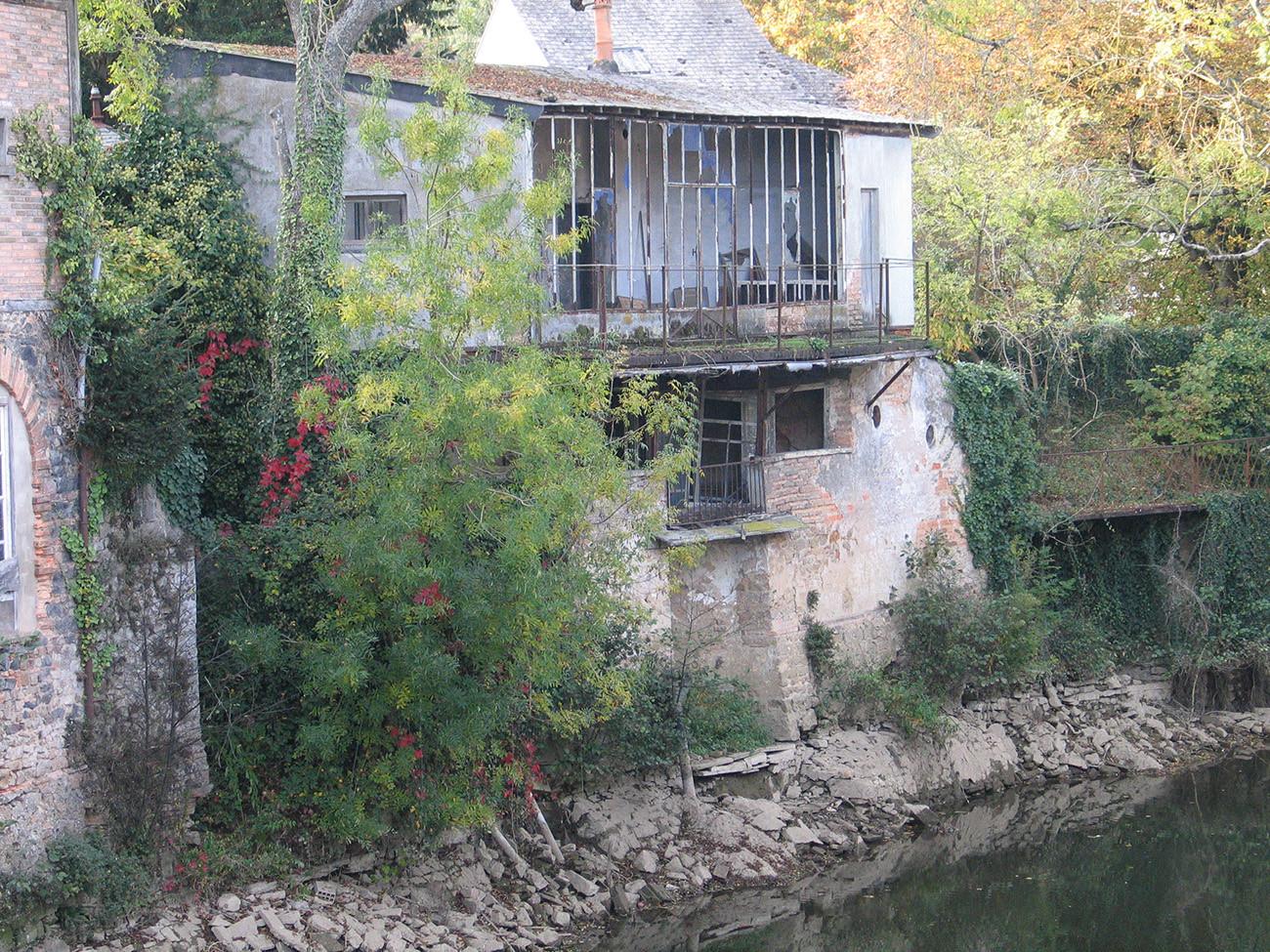 A trip to the past, a nostalgic orgasm, a return to basics: this is what invites us to discover this wonderful place hidden in Sablé in Sarthe, 3 hours from Paris: the Malicot workshop.

The Atelier Malicot at the heart of the History of Photography.

The Malicot photography studio was built on the site of a kind of terrace by the river, the Erve. At the origin of the construction of the buildings of the rue Carnot, between 1845 and 1850, these led to the back to small gardens which the owners fitted out according to their tastes and their needs. The Malicot family first had a small square building built for use as a shed, then a little later, had toilets built for the servants, and, on the side opposite the first building, a set of rooms which were used to house the workers. , and for storing coal and firewood. In 1899, the studio was built above the terrace in order to benefit from maximum light during filming. The new building is parallel to the Erve which it overhangs by around six metres. It is a 9m50 by 4m50 parallelogram, one side and the roof of which are almost entirely glazed in blue. The other sides are made with bricks from the Agets-Saint-Brice brickyard in Mayenne, and the whole rests on metal beams to give finesse to the construction.

Built like the glass roofs attached to certain castles, the frame that receives the glasses is made of thin irons so that as much light as possible enters the building. Sealing is provided by linseed oil mastic. The upper part is covered with a frame that protects the glass from hail, and the ends are covered with zinc.

Access to the workshop is via a staircase located in the original building. As soon as you enter, you are struck by the atmosphere that emanates from it. The light penetrates in abundance, filtered by the blue-cobalt windows. The walls are almost uniformly painted in grey-blue.

The canopy is oriented to the northeast, and the layout is done so that Malicot works against the light. The light is filtered by curtains of the same color as the walls, sliding on iron wires stiffened by trellises. Rings have been sewn to allow easy maneuvering of these curtains, especially those in the upper part. Finally, the floor is parquet. On the east side of the workshop, a background support is used to fix the decorations mounted on mandrels and which are unrolled using a crank. Nearby is a reflector to illuminate the subject. In the western part of the room is installed the workshop room on its tripod, and arranged along the wall the seats, columns, balustrades, headrests and other accessories that Joseph Malicot would use according to the customers and his inspiration.

In the center of the glazed wall, a door, also glazed, opens onto a large balcony which facilitates the cleaning of the windows and offers a beautiful view of the river.

Despite openings on three sides to ventilate the workshop in the summer, and a coal stove for the winter, the installation conditions are sometimes difficult. If in the morning, the raking light gives the river a “little Venice” aspect, the water of condensation which trickles on the tiles somewhat spoils the charm of the place. The photographer can “operate from sunrise to sunset”, he must take his pains in patience and work on other tasks than the portrait in the studio. In its initial version, Malicot had used frosted glass to garnish the upper part. This glass got dirty very quickly and was impossible to clean. Little by little, the studio darkens. Malicot therefore replaced this frosted glass with smooth glass.

On either side of the entrance are two doors: on the left that of the darkroom that Malicot uses to load the plates into the frames, and on the right, a cupboard containing the accessories of the room. Behind the back support, Malicot has placed a small shelf surmounted by a mirror. This is where the ladies get ready before the session, check the collar of their dress and adjust their hat. Hanging from coat racks, a few items of clothing to “dress” the children of less fortunate families complete the panoply of accessories.