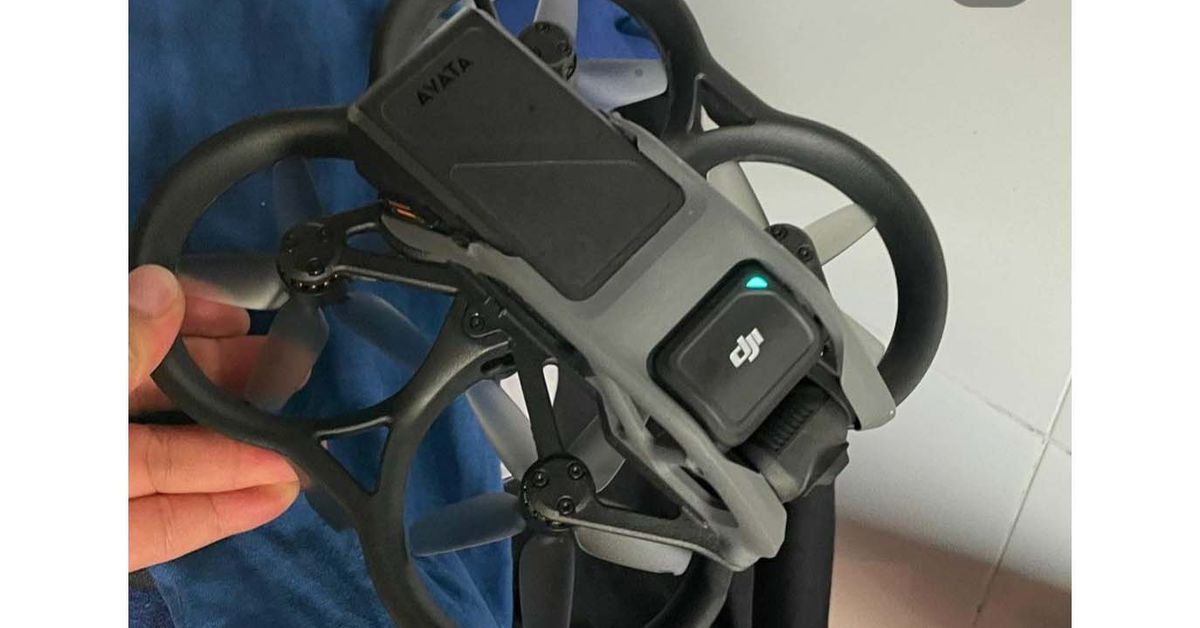 A leaked video gave us another look at the DJI Avata, an FPV (first-person view) drone from DJI that, according to reports, will be designed to be able to fly indoors thanks to a compact design called “cinewhoop”. The Avata follows the release of the DJI FPV, the company’s first first-person drone released last year.

The video, which was posted by reliable drone leaker @OsitaLV, appears to show the drone being piloted with DJI’s motion controller, which was previously available alongside its first FPV drone last year. The drone pilot is wearing a pair of FPV goggles unlike the ones DJI currently has on the market, suggesting this is the new model shown in previous leaks. These DJI Goggles 2 appear to have a similar design to its existing pair, but with a smaller and more compact design.

The video doesn’t give a good look at the drone itself, but thankfully a series of other images have leaked to show it in more detail. an apparent photo of its retail packaging seems to confirm the Avata brand, and there is also this shot of the drone itself alongside accessories including the motion controller, FPV goggles and standard controller. Another one photo series gives a close-up view of the drone from all angles, including its channeled propellers which should reduce damage if (or, more specifically, when) the drone crashes.

According to previous leaks, the DJI Avata will weigh around 500g, putting it above the 250g threshold, which means pilots must register with the FAA to fly it outdoors. There’s less info on its camera specs, but more leaky @DealsDrone has already reported that it could match the quality of DJI’s recent Mini 3 Pro.

Now the big question is when we might see the Avata launched and priced for release. Previous reports had indicated that DJI could be ready to launch its latest drone in July or August of this yearbut it later emerged that this release date may have been delayed. @OsitaLV reports that this is expected to be DJI’s first product in the second half of 2022. The fact that working prototypes are currently being filmed in use means a full launch can’t be too far away.