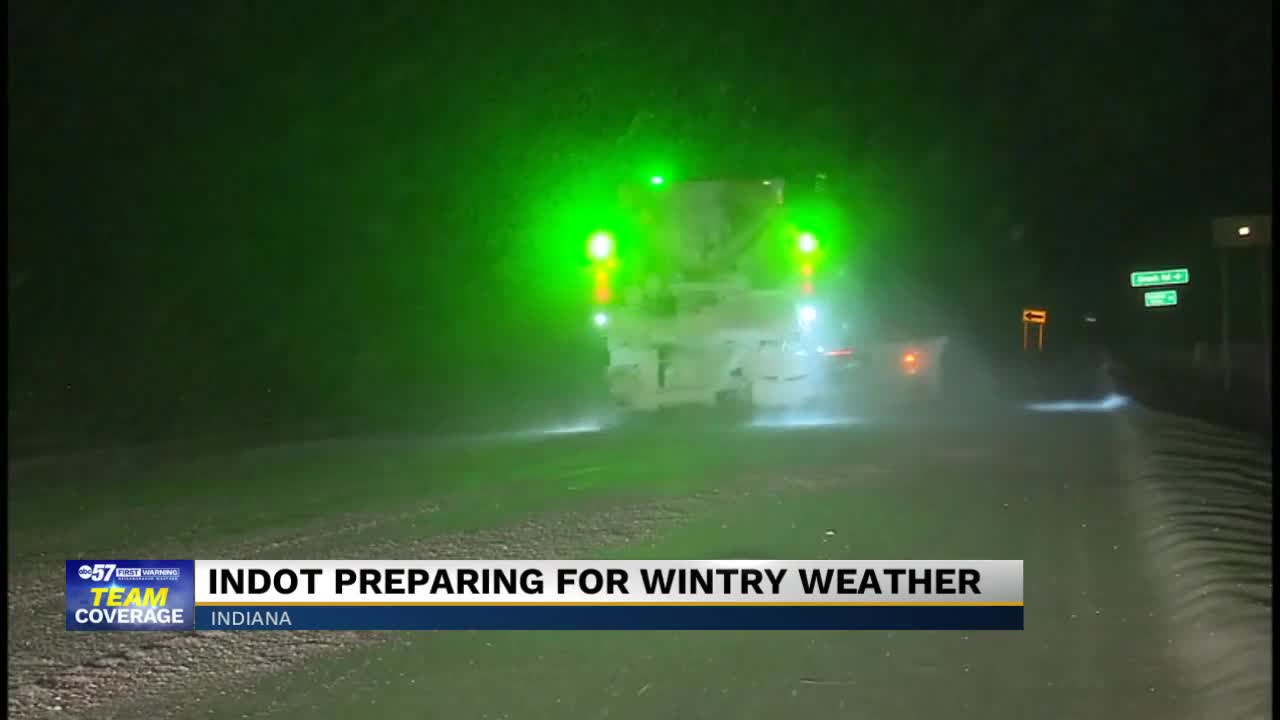 MISHAWAKA, Indiana – With a winter storm forecast for New Years Day, travelers may want to exercise caution as the roads could be very slippery.

“People know that when it is snowing, the roads can be dangerous and they need to slow down, so we really want people to make smart choices and decisions,” said Cassandra Bejak of INDOT.

Bejak told ABC57 they were watching the forecast because it was too early to say where they wanted to focus their efforts when the snow started to fall.

INDOT advised travelers to drive carefully, as forecasts predict the possibility of rain before the snowstorm, meaning crews won’t be able to pre-treat the roads – and the rain could freeze over. And as the storm hits this weekend, the road crews won’t be with their trucks unless called in, so it might take a bit longer before they can clear the snow.

While INDOT doesn’t expect the roads to be busier than normal on Saturday, they know there could be additional traffic due to the holidays, and if these drivers want to get a feel for what the roads will look like before they leave … INDOT has attached cameras to some of their plow trucks, which will transmit footage while they work on the INDOT website.

Bejak said, “This is a great tool for checking road conditions, especially if you are traveling from county to county and want to know what’s going on in that county. people can check and glance conditions in real time instead of just verbally reporting what people think the roads are going to look like, they’ll actually be able to see it.

Cameras, canteens and rangers: how part of China protects its wild elephants | World…