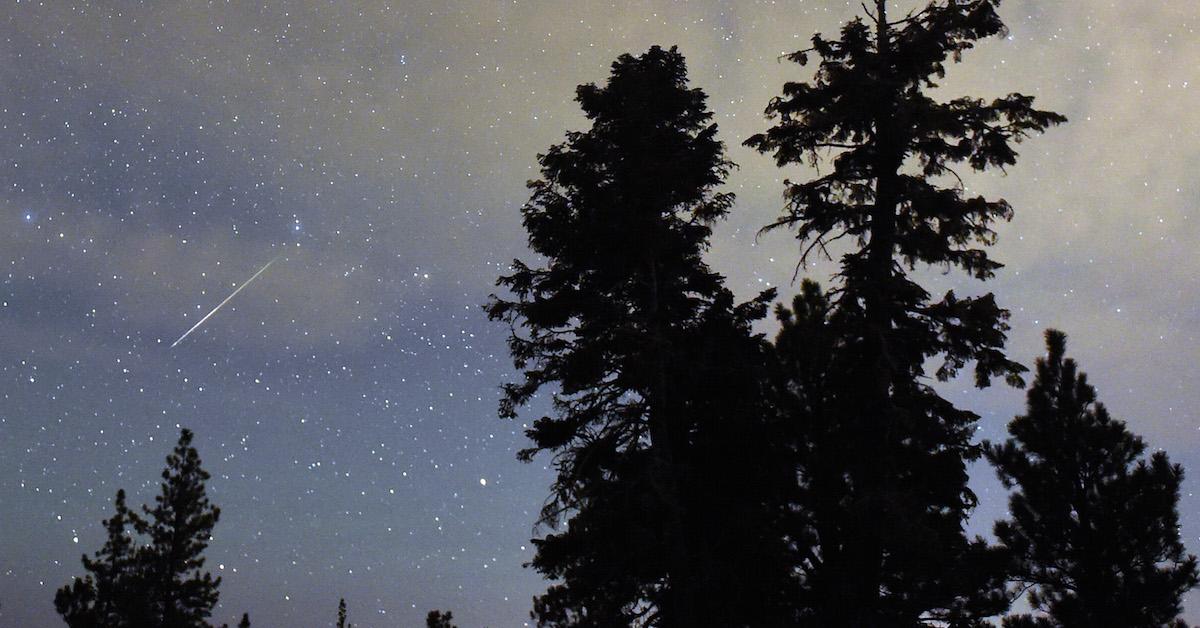 How to Watch Perseid Meteor Shower for Screenless Entertainment

These truly unbearable heat waves make most of us resent the summer season, but alas, it seems like Mother Nature is giving us a reason to love her again. Until mid-August, the Perseid meteor shower will be visible to astronomical spectators on planet Earth, making it a free, screen-less form of nighttime entertainment. And luckily, to take advantage of this incredible phenomenon, no scientific knowledge is required.

How to watch the Perseid meteor shower:

Although many celestial events – like the Strawberry Moon – only stay for one night or so, the Perseid Shower blesses us with astronomical views for over a full month. The shower officially began on Wednesday July 14 and is expected to continue until August 24, according to USA today. The peak showers will be in mid-August, between August 11-13, so a few late-night campfires are sure to be on the cards for this week.

If you tend to go to bed early, showers unfortunately won’t work in your favor, as the best meteor shower viewing times are likely to be around 2 a.m. on most nights. However, they can sometimes be spotted as early as 9 p.m. – they just aren’t as noticeable as they are in the wee hours of the evening. If you’re an early riser, however, meteors are also sometimes visible just before dawn, if you’re lucky.

The article continues under advertisement

According to Live Science, showers will be more noticeable for those in the northern hemisphere, so if you’re south of the equator you could be SOL – although with technology these days you can watch a live broadcast from the Marshall NASA’s Space Flight Center in Huntsville, Ala. during the “peak” of the shower. The best way to see it in person will be away from light pollution, and contrary to popular belief, you will see the shower better without binoculars or a telescope.

The article continues under advertisement

What you can expect to see during the Perseid meteor showers:

The Perseid meteor showers are famous for their glorious “fireballs,” according to NASA. They are in fact large colored explosions, which leave behind “wakes” of lights and streaked colors. You can expect to see around 50 to 100 meteors per hour, which are moving at around 37 miles per second. So trust us, you will get your money’s worth for this show (even if it’s really all free!).

The Perseids were named after the constellation Perseus, according to People, and they were first discovered in 1862 by two highly respected astronomers: Lewis Swift and Horace Tuttle, from the famous Tuttle Telescope. Meteors are all part of a larger comet, 109P / Swift-Tuttle, which orbits the sun every 133 years.

If you are an astrology enthusiast, you might want to educate yourself on how the meteor shower will affect your sign. According to Good + Good, meteors are symbolic of beauty rising from the ashes, and they affect each zodiac differently. So, in addition to getting a quality camera and tripod for those sick celestial photos, you’ll probably want to prepare accordingly.

The American Packaging Corp. adds a plant in Utah