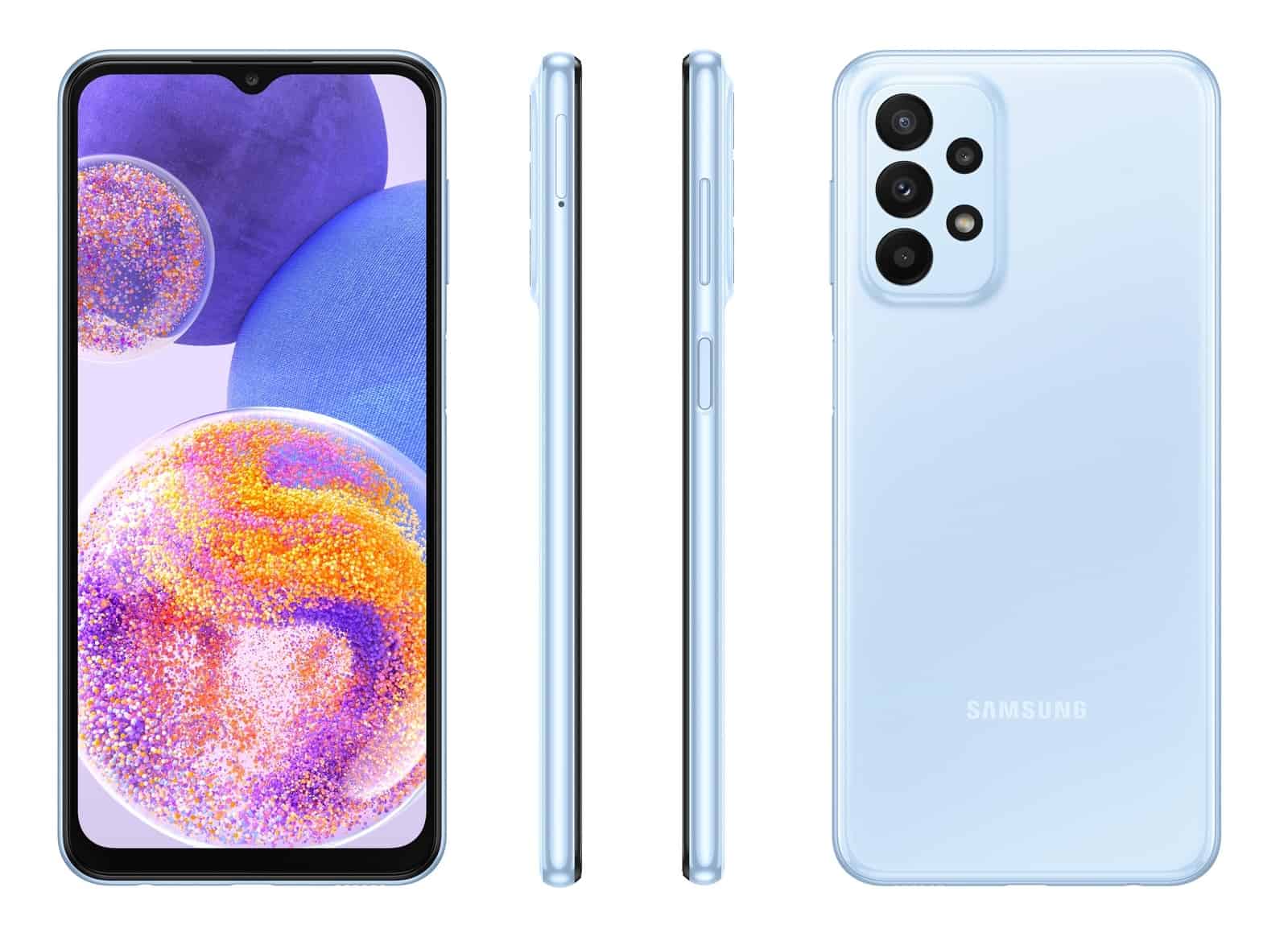 Galaxy A13, official Galaxy A23 with 50MP cameras and large batteries

Samsung has begun the 2022 refresh of its budget and mid-range smartphone lines. It launched the Galaxy A13 and Galaxy A23 as its latest affordable smartphone offerings. Let’s take a closer look at their specs and design.

Specifications of Galaxy A13 and Galaxy A23

The Galaxy A13 and Galaxy A23 have a lot in common. They both feature a 6.6-inch TFT LCD screen with FHD+ resolution (1080 x 2408 pixels) and a V-shaped notch in the center. Samsung says nothing about the refresh rate of the display. That should mean a standard 60Hz refresh rate. Both devices get Corning’s Gorilla Glass 5 protection on the display.

The camera layouts on the back of the Galaxy A13 and Galaxy A23 are also identical, down to the positioning of each sensor and the LED flash. But there is a noticeable difference here. While the former has all the camera sensors protruding individually from the rear panel, the latter gets a separate camera island. There is no aesthetic difference in the front.

Both phones also feature a side-mounted fingerprint scanner and run Android 12 out of the box, with Samsung’s One UI 4.1 on top. They are the same size and weight and benefit from Samsung Knox security and LTE connectivity.

So how do the Galaxy A13 and Galaxy A23 differ? More specifically, the chipset. Samsung doesn’t name the processor on either phone, but there are enough clues. the old gets an octa-core chipset with a 2.2 GHz + 2 GHz CPU configuration. The latter, meanwhile, has its octa-core processor Operating up to 2.4 GHz, with lower CPU cores running at 1.9 GHz.

Apart from the processor, these phones also differ in terms of charging speed. While both pack 5,000mAh batteries, the Galaxy A23 charges at 25W and the Galaxy A13 at just 15W.

When will these phones be released?

Unfortunately, we do not have this information yet. Samsung hasn’t revealed pricing and availability details for either phone. He simply said that the Galaxy A13 will be available in blue, peach, black and white with 3/4/6 GB of RAM and 32/64/128 GB of storage. The Galaxy A23 will also be available in the same four colors but with up to 8GB of RAM. Both phones will support micro SD cards up to 1TB.

It has been reported that Samsung is working on a 5G version of the Galaxy A23. If this is true, the company could reveal it in the coming weeks or months. It is also expected to share Galaxy A13 and Galaxy A23 pricing and availability information soon. We will keep you posted.

The most common consumer frauds and how to avoid them