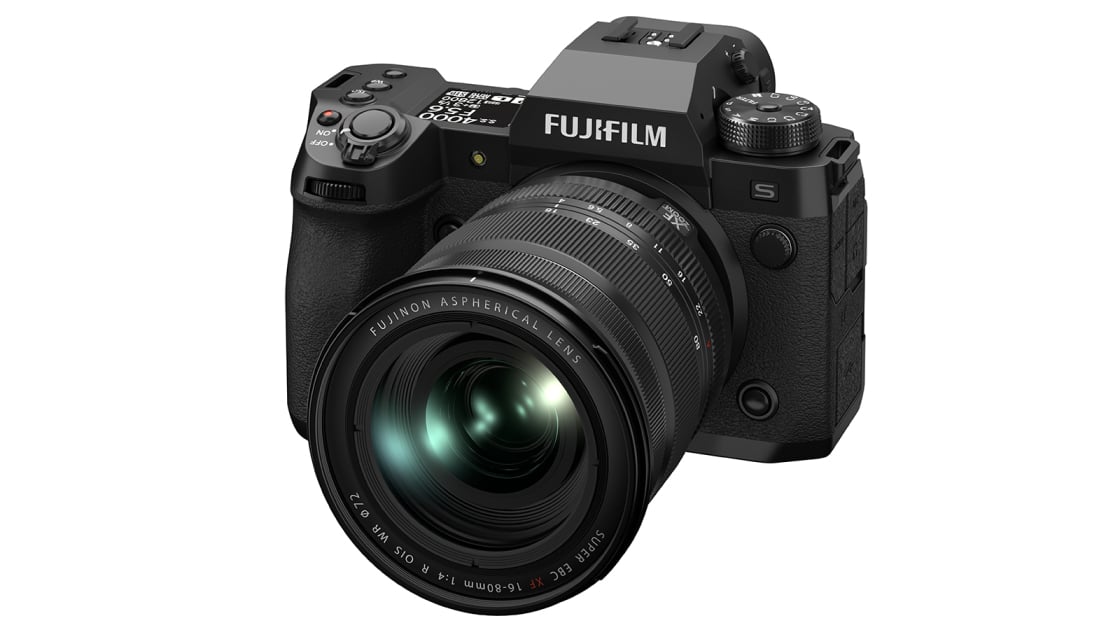 The Fujifilm X Summit is a regular event that serves as the company’s platform to launch new products, and the big news today is the X-H2S, the highly anticipated successor to the X-H1, a model that has debuts early. of 2018.

The X-H1 was a breakthrough model for Fujifilm; it was the first X-series camera to include in-body image stabilization and add professional-grade 4K video recording to a system that had previously been criticized for its lackluster movie-making tools. Its Eterna Film Simulation profile, tuned to match one of Fujifilm’s favorite film emulsions, also debuted.

With the X-H2S, the company takes another step forward in its system. Its image sensor is brand new and is made with a Stacked CMOS architecture. These sensors are able to process information faster than the CMOS BSI chips that Fujifilm uses in cameras like the X-T4. The faster readout allows you to freeze motion using an electronic shutter, track and focus at 40fps, and do it all with an uninterrupted view when shooting stills.

We expect to see more cameras aimed at serious amateurs and professionals using this type of sensor in the future. OM System’s recent OM-1 is in Micro Four Thirds format, but the X-H2S is the first time we’ve seen it come to the enlarged APS-C chip size. Prior to this year, the $4,500 Sony a9 II was the cheapest mirrorless stacked CMOS on the market.

The X-H2S is priced at $2,499, the most Fujifilm has ever charged for an X-series model by a wide margin – before that it was the titanium finish edition of the X-Pro3 for $1,999 $; the X-H1 debuted at $1,899. It’s representative of a general price hike in the camera market, but the camera also promises stellar performance to justify its price tag.

Stacked CMOS sensors have become a favorite for photographers capturing fast-moving subjects for two big reasons: a high burst rate and a true gapless capture experience. The one inside the X-H2S has 26MP resolution and an X-Trans color filter array. It supports Raw, JPG, and HEIF photo formats and is loaded with Film Simulation modes that set the Series X apart from other systems.

The X-H2S promises to track moving subjects and shoot raw stills at up to 40fps, and maintain a smooth view from the lens even when making exposures. If you’ve tried following the feeding of a hummingbird or the action on the field at a pro football game, you’ll appreciate the change from the stuttering view created by opening and closing a a mechanical shutter. You can also use its mechanical shutter, up to 15 fps, or set the electronic shutter to a lower speed if 40 fps isn’t needed.

In order to take advantage of the speed, the X-H2S has a new image processor, a Fujifilm branded X-Processor 5. It has more processing power than the 608 MHz XP4 of the generation former ; the XP5 runs at 1 GHz and adds a dedicated 600 MHz sub-processor to the 5-axis IBIS system, providing up to 7 compensation stops. The camera also supports faster CFe (Type B) memory in its primary slot, with support for UHS-II SDXC media in its second.

Fujifilm has also reworked the autofocus system, leveraging the extra processing power for intelligent subject recognition. I haven’t had a chance to try the X-H2S myself to see how it works yet, but some examples shared by Fujifilm look promising. The autofocus system is able to recognize animals, birds, automobiles, planes and trains, and of course it has face and eye detection for people you don’t expect. any camera today.

While other manufacturers tend to keep basic camera shape and styling consistent throughout their lineup, Fujifilm is more focused on diversity in body styles. Its range includes cameras of all styles; some rely on shutter speed dials, like you’d find on an old film camera, others take more common approaches and opt for a PASM mode dial. The X-HS2 falls into the latter category.

A centered EVF and pivoting screen cement its place as a style photo-video hybrid, and there’s a significant handful to match it with the large lenses often used for action photography. Even so, it’s a little smaller all around than the X-H1, and a hair lighter. The build is as sturdy as you’d expect; the chassis is made of magnesium alloy and Fujifilm considers the body to be weatherproof, although it doesn’t go so far as to give an IP rating.

The electronic viewfinder is a new design, with a high magnification of 0.8x. Fujifilm tells us that it has worked to optimize the viewfinder to get the most out of its 5.76 million dot OLED panel. It supports 120fps refresh and has a 24mm eyepoint; we will let you know how effective it is when you wear glasses.

The replaceable battery promises to keep the camera running for around 580 exposures (in single-shot mode you’ll get more at 40 fps). An additional pair of handles are available, both with vertical controls and support for two additional batteries. Using either pushes the expected lifespan to 1,700 exposures. The more expensive File Transmitter Grip ($999) is there if you need better connectivity; it boosts 802.11ac Wi-Fi performance from 60Mbps to 170Mbps and adds an Ethernet port.

Recommended by our editors

The X-H1 was an important film camera for Fujifilm, and it looks like the X-H2S will be too. There are a few firsts here, including 10-bit ProRes 422 internal recording, 6.2K30 open-gate recording at 3:2 aspect ratio, DCI 4K120 with 1.29x crop, and 4K60 full-width . You can use any film simulation for video or opt for the flat profile F-Log or F-Log2. F-Log2 provides up to 14 stops of dynamic range at ISO 1250, so bring neutral density filters.

Fujifilm also offers a pair of lenses. The XF 150-600mm F5.6-8 R LM OIS WR is a long telephoto zoom, which is likely to be a favorite among the wildlife crowd. The $1,999 lens has an internal zoom, linear focus motors, and a reasonable carrying weight of 3.5 pounds. It’s weatherproof, and we like that its detachable tripod leg works with Arca quick-release mounts. It will start shipping in July.

The $899 XF 18-120mm F4 LM PZ WR will follow in September. It is a powerful zoom suitable for video, but Fujifilm is also presenting it as a hybrid lens for photography. The 1-pound zoom is easy to carry, focuses close for 1:5 macros, and is weatherproof.

X-H2 and additions to the objective roadmap

Along with the 26MP X-H2S, Fujifilm has announced the development of a 40MP X-Trans CMOS 5 HR image sensor. The sensor will be used in the next X-H2 model. The X-H2 is expected to hit the market at a lower price than the X-H2S, and more details will be revealed at the upcoming X-Summit event, scheduled for September this year.

The X-H2S is priced at $2,499 as a body only. Fujifilm plans to ship the camera to retail around July 7.

Register for What’s up now to get our top stories delivered to your inbox every morning.

This newsletter may contain advertisements, offers or affiliate links. Signing up for a newsletter indicates your consent to our Terms of Use and Privacy Policy. You can unsubscribe from newsletters at any time.