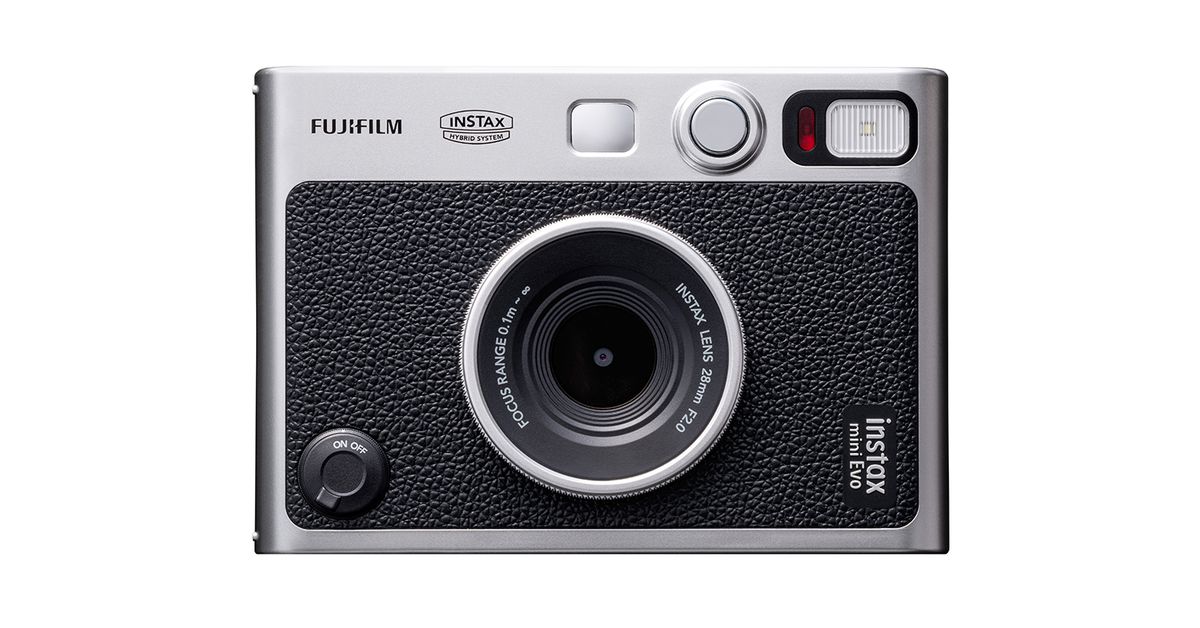 Fujifilm announced the Instax Mini Evo, a new digital camera that prints on Instax Mini film. The company describes it as a new flagship from Instax that has been “designed with a premium, classic touch”; and it has several retro features, including top mounted dials and a print control that functions as a film advance lever.

Like other Instax mirrorless cameras, the Mini Evo has an LCD screen to help you frame your digital photos before printing. The Mini Evo includes ten lens effects that can be combined and applied to photos, and Fujifilm claims it has twice the exposure resolution of previous models. Image quality from previous Instax mirrorless cameras from Fujifilm hasn’t been great, so we’ll have to see how this one performs in practice.

The Mini Evo also works as an Instax printer, which means you can print photos from your smartphone wirelessly. On the other hand, Fujifilm has added a new feature to let you save printed Mini Evo photos to your phone with built-in Instax frames, so you can share them as digital Instax snapshots.

Fujifilm will launch the Instax Mini Evo in Japan on December 3, but it won’t arrive in the United States until February. It will cost $ 199.95.