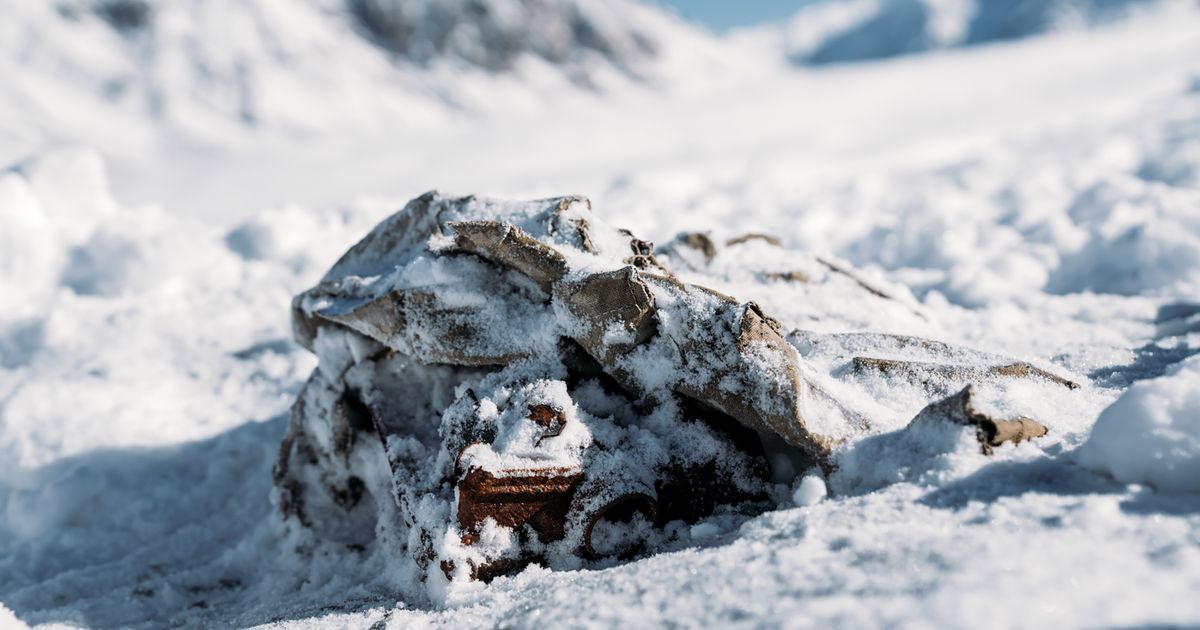 Explorers Bradford Washburn and Robert Bates traveled to the remote wilderness of the Yukon in 1937 to climb Mount Lucania, but the month of bad weather before their trip had left Walsh Glacier, the starting point of their expedition, covered in “unfathomable” slush and “cut to ribbons by dozens of new crevasses,” Washburn wrote in The Alpine Journal.

Poor conditions made it impossible to catch a flight from the glacier after their ascent, so the men traveled more than 100 miles to safety, disposing of supplies that would have been too heavy to carry.

Tucked away in the cache they left behind were cameras that Washburn, a renowned photographer, planned to retrieve a year later, but never did.

Instead, a seven-person expedition team recovered the cameras in August, 85 years later and more than 20 km from where they had been left. The team of explorers announced their discovery on Thursday.

Explorers found part of one of Washburn’s aerial shutter cameras, a Fairchild F-8. They also recovered two movie cameras with film loaded, a DeVry “Lunchbox” camera model and a Bell & Howell Eyemo 71, along with some mountaineering gear.

Conservators at Parks Canada, which oversees national parks in Canada, are processing cameras to see if any footage can be recovered.

The idea to recover the cameras came from Griffin Post, a professional skier who had heard about the cache while reading a 2002 book about the harrowing journey of explorers, “Escape from Lucania” by David Roberts.

He read Washburn’s journals, enlisted the help of scientists and led two glacier expeditions to Kluane National Park and Reserve in northwestern Canada this year in search of the cameras. .

“You’re doing all this research, you’ve got all this scientific reasoning, and you think it’s absolutely possible: we’re going to go out there and look in that particular area, and it’s going to be there,” Post said Saturday. “And then the first time you actually see the Walsh Glacier valley and how massive it is and how many crevasses there are, how rugged the terrain is, your heart sinks and you’re kind of like, no way, there is so much ground.

To find the objects, the team enlisted Dorota Medrzycka, a glaciologist who interpreted maps and historical observations of glacier flow to determine where the cache might be. But she could only provide estimates, and the group spent days excavating the glacier.

“It would take us all day to walk 10 kilometers on the glacier and get back to camp,” Medrzycka said. “And on the way up there were quite a few crevasses, so there were a lot of zigzags trying to find spots to jump over.”

The group could not simply return to where Washburn and Bates had left the cameras, as the flow of the glacier had changed the landscape.

Glaciers move at a constant speed from year to year, but Walsh Glacier does not, Medrzycka said. Unlike most, it’s a rising glacier, meaning that every few decades it moves faster for a period of a year or two.

In a normal year, Walsh Glacier typically flows less than 1 meter per day. During the surge, it moves more than 10 meters, or about 32 feet, per day. Since the 1930s, there have been two surges.

Towards the end of the team’s week-long trip in August, Medrzycka noticed two anomalies in the ice pattern, which she believed were caused by the surges, and was able to calculate a new estimate of the where the objects might be.

The revised estimate ended up sending the team to items the next day.

“Knowing that the educated guess I made paid off and was right, it’s a very amazing feeling,” Medrzycka said.

His findings also provided a new data point on the glacier that will be useful to researchers.

“We can now better understand the change in dynamics on Walsh Glacier and potentially be able to better predict how this specific glacier might change in the future,” Medrzycka said.

It was unclear whether the outbreak was linked to climate change, she said.

“This irregular flow means they don’t behave like other glaciers in the region,” Medrzycka said. “It’s hard to say to what extent what’s happening on the Walsh Glacier is related to something climatic or if it’s just internal behavior.”

The team was backed by Teton Gravity Research, a company that creates media featuring extreme sports and plans to release a film about item recovery.

Post said that while it seemed unlikely, he was cautiously optimistic about the researchers’ ability to recover the footage from the cameras.

“It was so unlikely to find the cache in the first place after 85 years,” he said. “Yes, it’s unlikely that any part of this film is salvageable, but maybe it is.”

This story originally appeared on nytimes.com. Read it here.

Getting ‘stuck’ with payday loans