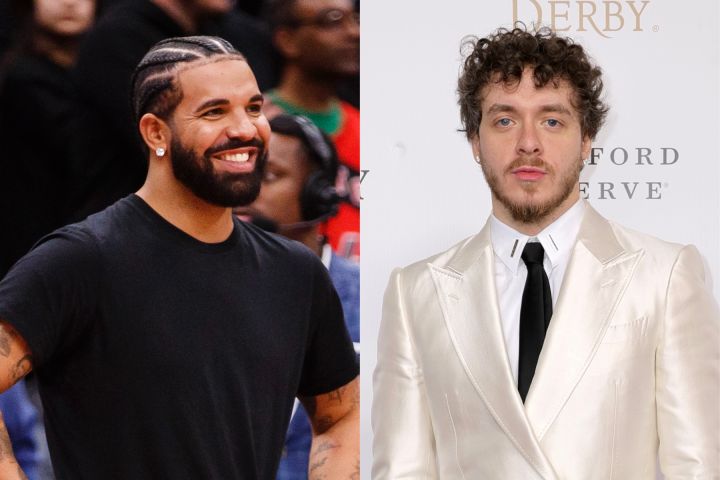 Drake won’t let the cameras get away from him and Jack Harlow at Kentucky Derby: ‘You can’t give him the closing signal’

Drake was having such a great time being interviewed alongside Jack Harlow at the Kentucky Derby that he didn’t want it to end.

The music superstar, 35, joined Harlow, 24, on the legendary Churchill Downs circuit on Saturday to take part in the annual ‘Run for the Roses’. The pair were in the hometown of Harlow, Louisville, Kentucky, not only to watch the ponies, but also to record a music video for their new collaboration, aptly named “Churchill Downs.”

ALSO: Drake follows commentator’s wife because she ‘needs some excitement in her life’

Harlow was on the air before the race when Drake snuck in and joined his interview. “I had to introduce myself. I’m so proud of this guy,” Drake said, referring to Harlow.

When asked if they had a horse in the running, the two shared a look, grinning from ear to ear, seemingly unsure of how to respond. “We have a lot to do,” Drake said before Harlow added that they made “a move” on horse Happy Jack. “It really gives a good description of how I’m feeling right now,” Harlow said. “[If there] was a Happy Aubrey, we would too.

That’s when an off-camera producer apparently made the well-known “conclusion” signal to let broadcasters know the interview needed to end. But Drake didn’t have it.

“You can’t give it the closing cue,” Drake said. “What are you going to cut? A stump of poorly maintained grass, or something like that? »

Thankfully, unflappable NBC Sports reporter Rutledge Wood saved the day by preventing the moment from getting too awkward, telling Drake, “You know what I’m going to say. [the producer]? Wait, we’re going home.

Drake shouting at the director “you can’t give him the closing signal, what are you going to cut???” pic.twitter.com/W9BpeGUOE7