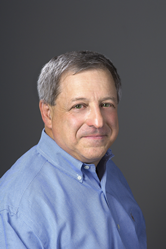 Consummate Technologies is pleased to announce John M. Lacagnina, a serial entrepreneur and currently founder and CEO of SoftPrint Holdings, to its Board of Directors

ColorCentric was one of the first companies in the world to develop and use “one-size-fits-all” or “mass customization” printing and information workflow software in 2001.

ColorCentric was one of the first companies in the world to develop and use “one-size-fits-all” or “mass customization” printing and information workflow software in 2001. This technology has helped make ColorCentric a multi-million dollar global digital printer and ultimately spin-off prInternet, Inc. PrInternet continued to develop the print workflow and GIS and turned it into a SaaS model, which is now used in the United States, Canada and Australia. Its largest customer has more than 1300 printing sites.

Prior to ColorCentric, Mr. Lacagnina co-founded and served as President and CEO of Electronic Demand Publishing, Inc. (EDP) in 1992. Mr. Lacagnina led its growth into a multinational document management company with five factories of manufacturing in the United States and one in Europe. Kinko’s acquired Electronic Demand Publishing in March 1997 and changed its name to Corporate Document Solutions, a division of Kinko’s.

Mr. Lacagnina holds a bachelor’s degree in electrical engineering, cum laude, from the Rochester Institute of Technology, where he served on the board of directors from 1986 to 1995, and was president of the National Alumni Association, which has 85,000 members. Mr. Lacagnina currently sits on the board of other high-tech companies and has presented at numerous international conferences on document management and print-on-demand technologies. In 2001, Mr. Lacagnina was selected as one of twenty Upstate New York “Innovators” to be part of the “Upstate Alliance for Innovation”. Mr. Lacagnina is a member of the board of directors of the new cross-media innovation center at the Rochester Institute of Technology.

Share the article on social networks or by e-mail:

Cockrell Butterfly Center will close in September for renovations

FinTechs put their foot down on trucking payments