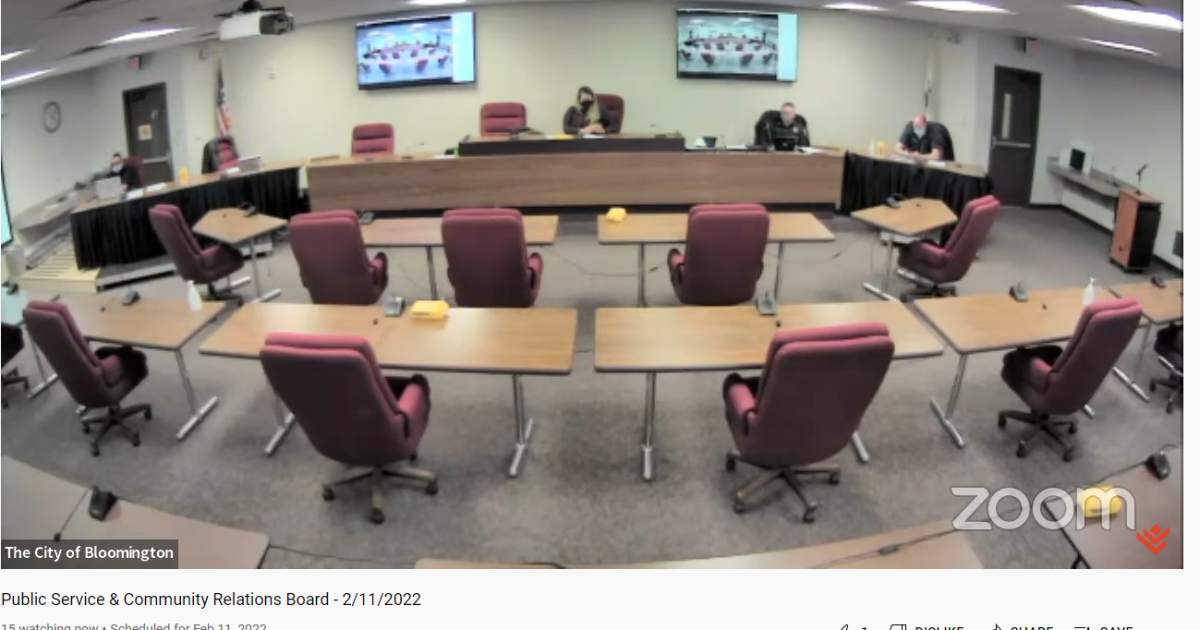 A previously postponed meeting of the Bloomington Public Safety and Community Relations Council was postponed again after the group did not have enough members present for a quorum.

Members of the PSCRB were due to meet on Friday afternoon after extreme weather conditions led to the cancellation of the group’s February 3 meeting.

Among the items on the agenda was consideration of a proposal by the Bloomington Police Department to purchase 10 cameras from Atlanta-based security firm Flock Safety. Released via a city council agenda on Jan. 10, the proposal drew criticism from some for the lack of public participation in the $59,000 purchase of cameras that can read license plates.

At the Bloomington Technology Commission’s last meeting on January 25, BPD Crime and Intelligence Unit Supervisor Jack McQueen said the agency plans to limit the use of cameras to high-profile crimes and noted that cameras could save labor and money. reducing the need for officers to manually search and collect video footage from other cameras.

City council members, following criticism, asked the PSCRB to review the proposal before it went to a vote. Previously, City Manager Tim Gleason described allowing the PSCRB prior review as a “courtesy” but added it was “definitely not a requirement”.

The board would likely have voted on the proposal at its Feb. 14 meeting. But after the PSCRB did not have a quorum on Friday afternoon, Gleason said it would be taken off the agenda until the board had a chance to meet.

Board members William Bennett, Surena Fish, Arthur Taylor and Brigette Black were absent from the meeting, according to city records. Reached by WGLT, Black said unexpected medical issues delayed her attendance and the meeting was over before she could arrive.

Although no case was made, members of the PSCRB who were present on Friday heard the comments from the public – all centered on the plate-reading cameras.

Among those who commented was Bloomington Technology Commission member Ravi Duvvuri.

Duvvuri noted that as a member of this group, he attended McQueen’s presentation on January 25.

“But after that meeting, none of us had a real chance to share with the city council, or the community at large, what we thought of the presentation,” he said. “It strikes us as odd that a subdivision or department of a large organization should be empowered to create its own governance, be responsible for its own oversight, and be subject to no apparent scrutiny from outside audit.”

“The current policy as presented does not meet the standards that would satisfy those of us on the Technical Commission who have questioned it,” Duvvuri continued. “I think transparency and accountability would go a long way to building trust both ways: between the people of Bloomington and the police department.”

Other public speakers included longtime Bloomington resident Georgene Chissell, Julie Prandi and Irv Epstein, all of whom urged city officials to ensure the implementation of proper policies regarding data storage and use of data. cameras before finalizing a contract with the security company.