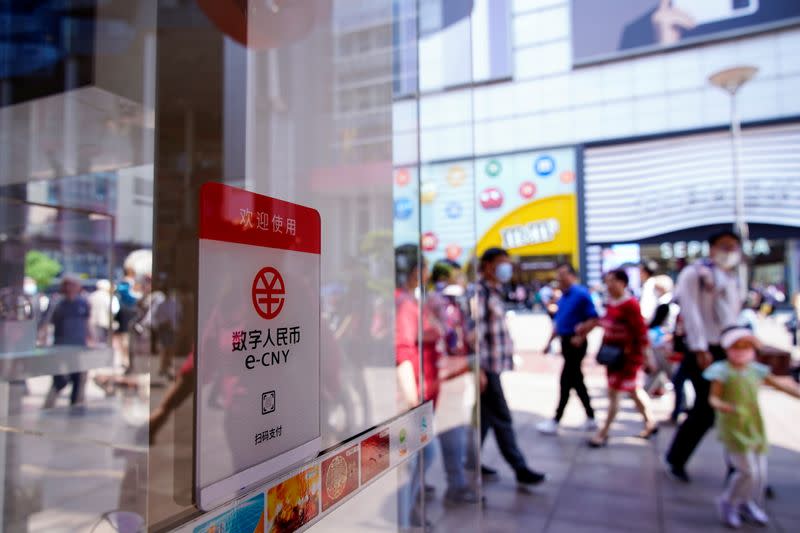 By Leika Kihara and Takahiko Wada

Central banks have stepped up their efforts to develop digital currencies to modernize financial systems. The People’s Bank of China leads the way after launching trials, while the Bank of Japan (BOJ) only started its CBDC project in April.

U.S. officials on Monday expressed skepticism of CBDCs, but Endo said that caution could change if the world’s second-largest economy introduces one.

“If it launches a CBDC, China will be armed with a huge social infrastructure,” Endo, who served as a commissioner at the Financial Services Agency (FSA) until 2020, said Monday.

“It would be a difficult decision for other countries to ignore. Japan and other advanced countries will face the difficult question of how fast to keep up,” said Endo, who has close ties to officials of FSA and BOJ.

As FSA commissioner, Endo oversaw a range of regulations, including for banking and digital currencies.

He also worked with the BOJ to push regional banks to rationalize to deal with headwinds such as earnings hit by protracted ultra-low interest rates.

Endo said the FSA and BOJ have the opportunity to strengthen their cooperation, for example by reducing areas of overlap in inspections conducted separately on commercial banks.

Climate change is also an area the two entities must address, in coordination with the private sector, he said.

The BOJ announced this month that it will increase funding for the fight against climate change with a program to encourage banks to lend to businesses or projects that help society become greener.

Fearful of getting into the realm of government policy, the BOJ said it would leave it up to private banks to decide whether loans are considered green.

“The BOJ is taking the right approach by giving the private sector discretion over loans that are green,” said Endo, who is currently a senior advisor at Sony Group Corp.

“When there is so much uncertainty, authorities should not impose rules too hastily. The process can be bumpy, but it is best if the private sector takes the lead in creating a de facto standard.”