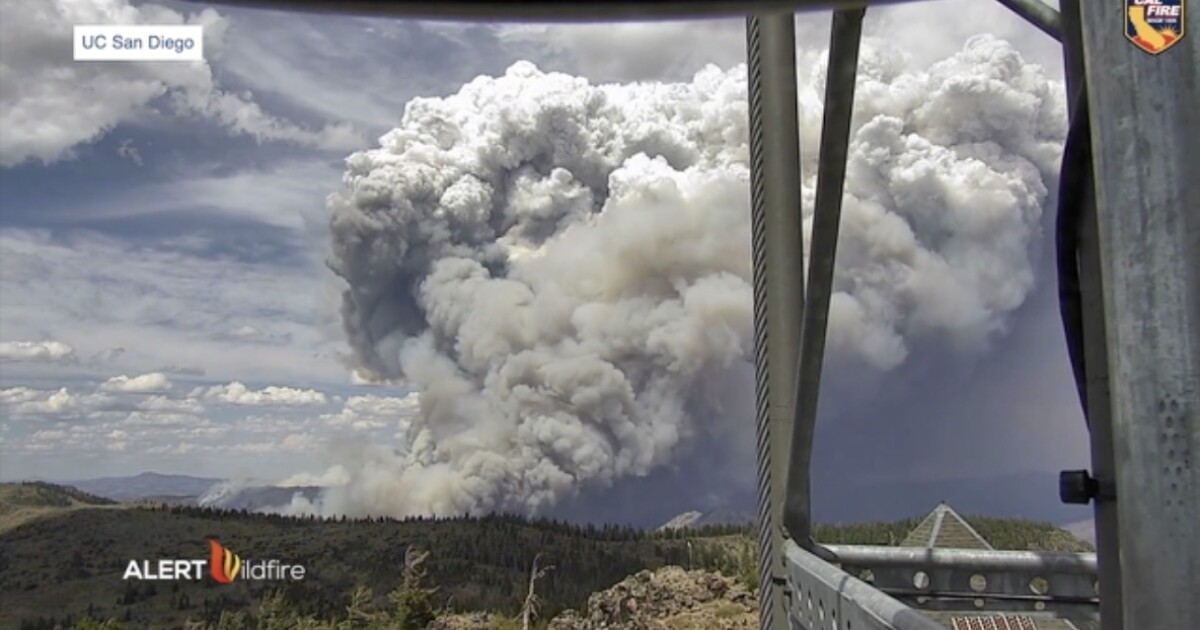 SAN DIEGO (KGTV) – California firefighters use many tools and technologies to fight fires, and some of the most useful have emerged recently.

The ALERTWildifre system is a grid of cameras spread across western states that gives fire crews immediate insight into new fires. It was started by three schools: UC San Diego; the University of Nevada, Reno; and the University of Oregon.

â€œThe students are involved, engineers, teachers. So it was born out of universities, â€said Neal Driscoll, professor at the Scripps Institution of Oceanography UC San Diego and also California director of ALERTWildfire.

Driscoll said the cameras were launched in 2017 in partnership with San Diego Gas and Electric. Since then, they haven’t stopped adding new cameras. There are now 850 cameras in California alone, with 200 more planned.

When fire teams receive a fire report, they can use this camera system to gain immediate insight into potential flames. Cameras can see 70 miles on a clear day and 110 miles at night with near infrared cameras.

The real-time visual gives the advantage to the crews.

â€œIt makes a big difference to see and know that something is actually there instead of waiting for them to arrive on the scene,â€ said Andrew King, fire captain of the Emergency Command Center.

King said in front of these cameras that they had to wait for the arrival of the first crews to get a real-time glimpse of the fires. At this point, they called whether or not to send a larger response, depending on the size of the fire. With these cameras, they can immediately see the scale of a fire and make the call to increase response much faster, which helps them attack faster.

These cameras can be viewed by anyone in the public. Firefighters have priority to move cameras, but community members can open the ALERTWildfire website and view each camera. It is a way for community members to also have a live view of the fires at all times.

CAL FIRE has another new technology first used this fire season: software that creates a time-lapse visual of a fire’s potential growth if left unchecked.

Suzann Leininger is one of two dozen new research data scientists hired by CAL FIRE over the past six months to fill the new role. Leininger creates these maps for CAL FIRE San Diego.

She said the software uses weather forecasts and knowledge of an area’s topography to create these maps. The maps show what a fire could look like in an hour or even 40 hours if not fought. In addition, it includes data on the number of structures / houses likely to be affected if the fire takes this road and on the number of people living in this area. This allows firefighters to know what type of evacuations to put in place.

â€œIt’s just information that gives them a good idea of â€‹â€‹what’s potentially on the way if it doesn’t stop,â€ Leininger said.

The 2021 California wildfire season is off to a bad start. Not only is the drought condition covering the entire state to some capacity, but more than double the area burned this year compared to the same time last year.

How to Watch Perseid Meteor Shower for Screenless Entertainment