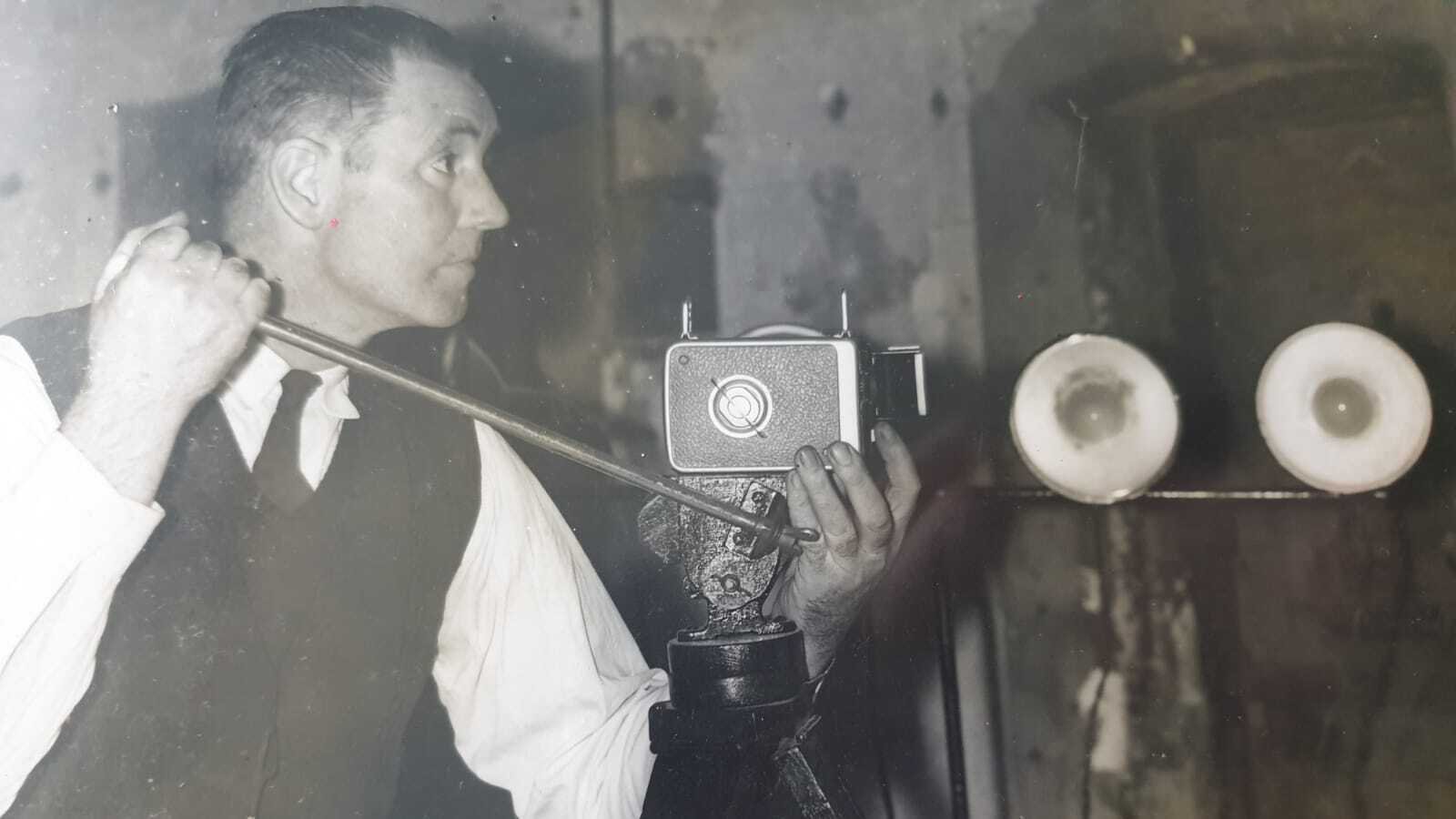 New Documentary Camera Tripod Bicycle celebrates the work of Dubliner and firefighter Leslie Crowe, who spent 25 years filming his town and family with his 8mm Brownie camera. Below, director Nuala O’Connor presents the film, which will premiere on RTÃ‰ 1 on New Years Eve.

Leslie Crowe joined the Dublin Fire Department in the 1930s, got married in the early 1950s and moved to the new suburb of Santry at 60 Lorcan Drive with her growing family. In the 1930s as a young firefighter, he was involved in a devastating fire that traumatized him and was seriously injured. This has only been revealed in recent years and perhaps explains the obsessive interest he has developed in cinema.

In 1956, Leslie bought a camera and learned to use it and edit a film on his own. He already knew how to tell a good story. When he died in 1981, his films were packaged in cookie tins and stored in an attic where they remained for decades.

Now in Bike Tripod Camera Leslie’s beautifully composed and restored images can be seen in all its glory. It documents the daily life of a rapidly changing city, the demolition of the old town and the development of semi-rural villages in the suburbs of Coolock, Raheny (where his grandfather had been a blacksmith) and Santry in the 1960s.

A rich social and cultural history unfolds visually as the extent of Leslie Crowe’s documentation of the city is revealed. The city as it was then, its workers going about their business, the children playing, the busy housewives, its buildings, its buses, its carts and horse-drawn carts, its teeming life are all brought to life. evidence. The stagnation that characterized Ireland in the 1950s is visibly declining but very slowly in the past. The pace of modernization that would change the city and country forever accelerated in the 1960s and 1970s. This broader context of Leslie Crowe’s work is put into context by historian and broadcaster Diarmaid Ferriter, and Leslie Crowe’s unique and invaluable legacy is described by archivist Kasandra O’Connell, director of the IFI Film Archives.

Leslie Crowe’s surviving daughters, Anne and Eileen, remember their father, his meticulous approach to shooting and editing, his ingenious lighting and props, his interest in filming the city and its history. His cinema was a big part of their childhood and teenage years, amusingly confirmed in their accounts of living with their father. He always involved them in his projects, and very early on the children were directed by their father in small films like Farewell to the Howth Tram and the hilarious Santry Zoo They also learned to use the camera.

A very unusual feature of Leslie’s films is the degree to which he filmed himself. He often appears in a range of costumes and disguises sometimes playing himself or sometimes as a character. According to his son-in-law Liam, the Crowes “were such a happy bunchâ€¦ I loved coming to Lorcan Drive”.

So, throughout the film, there is a very strong sense of the man himself, a loving father, an actor and a prankster, always with his big family united around him.

As his granddaughter Eithne says, “Grandpa was born with the creative side of his brain working … he was an artist.”

48MP iPhone 14 camera with 8K video, but reality may vary