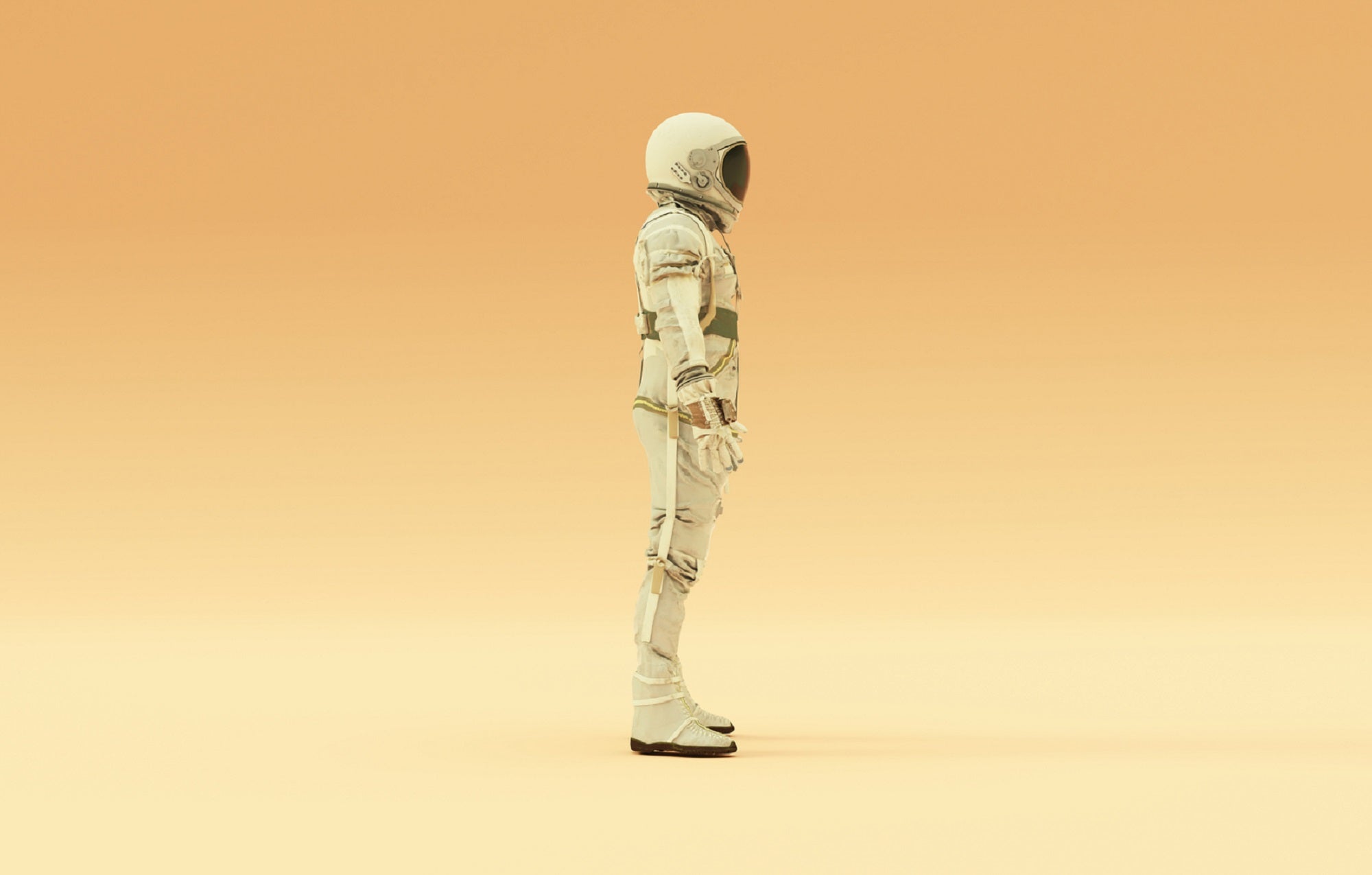 Designing a great spacesuit takes hard work. Often the keystone of a successful mission, a good one can make life away from Earth a breeze, but a bad one can turn an astronaut’s life upside down.

Nobody wants to come back from space with bruises and shoulder injuries, but that’s exactly what some astronauts have had to deal with. However, these injuries are not caused by something as striking as a satellite collision or a deep space anomaly.—they are often caused by a crew member’s uniform.

[Related: Why we’re still obsessed with the watches astronauts wore to the moon]

Over the years, NASA has tried several different strategies to perfect the next generation of spacesuits. From the Mercury spacesuit to the current iteration of the Exploration Extravehicular Mobility Unit (xEMU), the history of astronaut clothing has been storied and sometimes littered with incident.

In light of this, as part of the NASA Institute for Advanced Concepts (NIAC) program, a former space shuttle mission astronaut hopes to make future spacesuits fully customizable. Bonnie Dunbar, now a professor of aerospace engineering at Texas A&M University, says she’s been thinking for more than 20 years about how to make astronaut suits safer and more comfortable.

“A spacesuit is really different from a suit you buy in the store,” says Dunbar. “It’s just a human-shaped spacecraft, so it’s very complicated.” And as many commercial space travelers don their own gear, the production of cheap and relatively fast spacesuits will be on the rise.

Dunbar’s proposal, called Spacesuit Digital Thread, was one of 12 concepts chosen by NASA to receive $175,000 in funding this year to prove the feasibility of their designs over the next nine months. It works by combining a popular sci-fi trope with a rather modern concept of manufacturing using biometric data and digital tools.

“I can build it digitally, see how it will work mechanically, and then fabricate it,” says Dunbar.

Using light and two full-body motion scanners to create a 3D image, the system takes a computer about 20 seconds to create a ‘digital twin’ of a person. From there, Dunbar’s team can modify and adapt the spacesuit to meet an individual’s needs. Streamlining the design and manufacturing process on Earth and during spaceflight could also allow astronauts as well as future space tourists to 3D print new suits and repair old ones in minutes to hours. .

With hundreds more astronauts and would-be space tourists planning to head to the final frontier, the dream of making a wearable, form-fitting spacesuit in record time would seem like a modern miracle, compared to years ago. past.

During the Apollo missions, which lasted from 1961 to 1972, each crew member received three personalized space suits. Created using special materials like beta fabric – a woven glass fabric coated with flame-retardant Teflon – and with now obsolete construction techniques, many astronauts would be happy with them. But after the launch of the Space Shuttle program in 1981, more astronauts meant a greater size distribution, large and small. And because there is no standard human being, it was difficult to accommodate so many different shapes and sizes.

To keep costs down, only 18 different spacesuits were built to accommodate nearly 200 NASA astronauts, which didn’t always work out for the best. Although a typical crew averages around seven people, not all of them can fit or function in a suit.

Until the end of the program in 2011, some astronauts reported experiencing fingernail loss and nearly 50% loss of strength due to pressure resistance inside the suit (imagine being at inside a huge balloon that resists your every move). Since only two crew members were expected to be able to perform spacewalks or venture outside the shuttle, little was attached to the suits. In 2019, NASA ended up scrapping an all-female spacewalk after two astronauts – Anne McClain and Christina Koch – both requested mid-size spacesuits, only to be told the ISS doesn’t have any. had only one capable of withstanding the rigors of space.

Today, Dunbar believes that returning to the original idea of ​​customizable spacesuits will minimize the physical risks of extraplanetary exploration and improve several features of modern designs.

“Through this whole suit thing, it was very clear to me that whatever the budgetary reasons for downsizing, we really didn’t have a suit that fit everyone and had what we call good mobility” , she says. But her team’s goal is to make a suit so mobile, “you don’t know you’re wearing it.”

There are also at least two other things a good spacesuit should prioritize: high visibility and the ability to protect astronauts from extremely harsh environments. In most cases, this means that he must be able to survive the perfect vacuum of space, which is devoid of all matter (oxygen included).

While such a suit would allow astronauts to effectively explore the surface of the Moon and Mars, Dunbar also envisions extending the concept to protective gear for harsh environments on Earth, especially for researchers performing work under sailors or hikes in Antarctica.

But how far into the future is such a marvel of modern engineering?

“The technology is there,” says Vincent Duffy, professor of industrial engineering at Purdue University. “What are we going to do [next] is put together in a way that somehow demonstrates the proof of concept.

Duffy, who joined Dunbar’s team as an expert in human digital modeling, says it takes someone with a vision to determine if a project of this magnitude can be made functional, affordable once marketed and practical. .

“One of the really cool things about it is that there’s an app as soon as it’s functional,” he explains.

[Related: NASA’s experimental electric plane could take to the skies this year]

Advances in 3D printing and manufacturing have led to countless technological marvels, and this still emerging market has spread to the space industry as well. Some researchers even want to use 3D printing to help create furniture in space.

And while the challenges of mass-producing a custom spacesuit are still a long way off, Duffy is confident that at the end of the initial nine-month study, the project will be NASA’s first in a long line. to apply manufacturing techniques unique to space travel. . In the future, you could have a new spacesuit in your hands at the push of a button. And who knows, you might get it sooner than the Prius you’ve been waiting for since January.