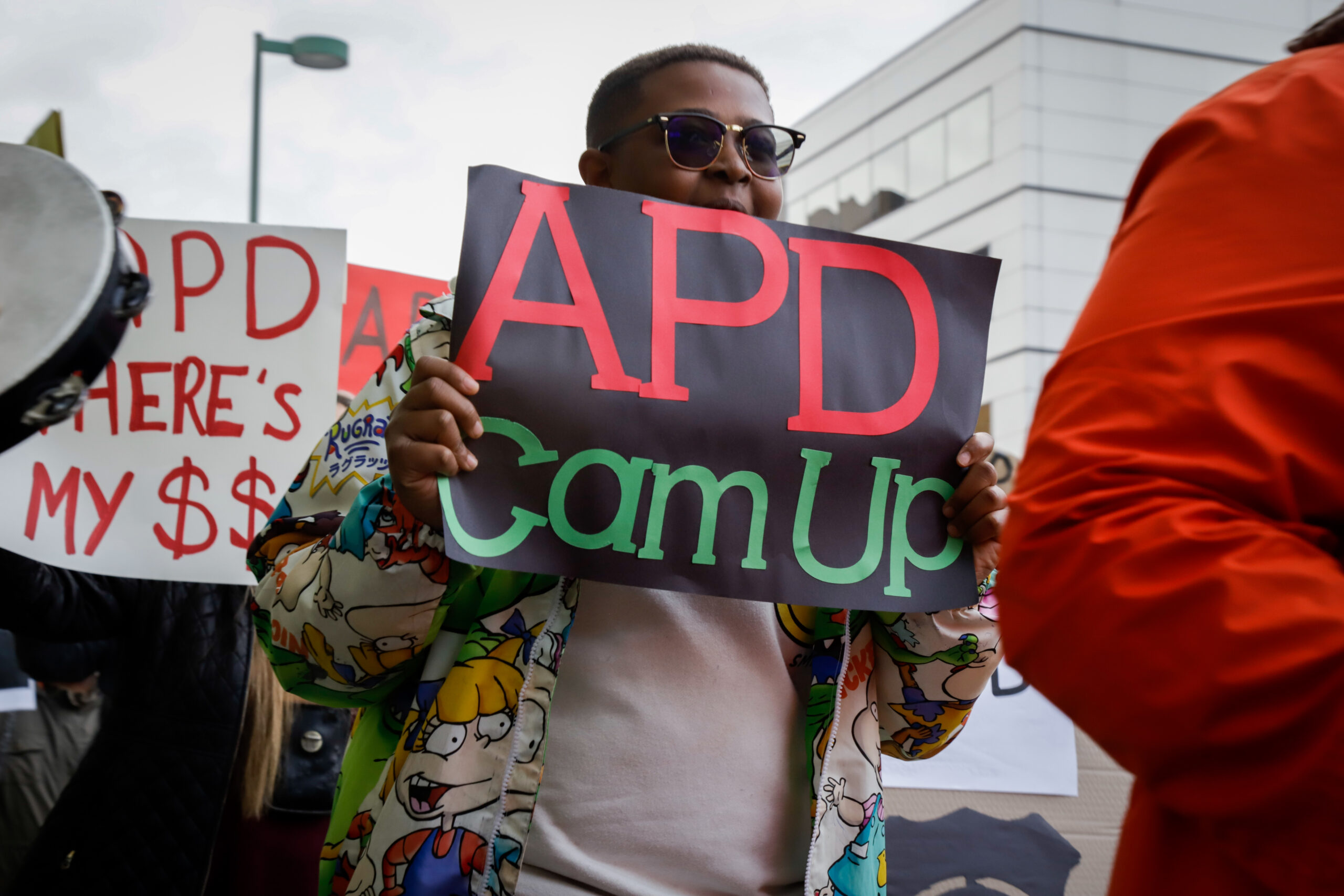 More than 30 people demonstrated Thursday night in Anchorage, frustrated that local police officers still do not have body-worn cameras, now a year and a half after voters approved them.

Celeste Hodge Growden, chair of the Alaska Black Caucus, led the rally, beginning outside APD’s downtown headquarters. His organization advocated for the $1.8 million purchase of body cameras, which Anchorage voters approved in March 2021. Police did not provide a timeline for when officers will begin wearing the cameras .

“To see that we’re no further is…I don’t even want to say a word, because I’m a Christian,” Hodge Growden said. “But I will say it’s quite disturbing.”

Anchorage police, the city and the police union have been negotiating the body camera policy for months. Police department officials would not comment on the policy Thursday, beyond saying the process is ongoing.

After about 30 minutes of protesting outside police headquarters Thursday night, the group turned their attention to City Hall, marching several blocks in unison. Many held signs with messages such as “APD Cam Up Now” and “No Accountability. No Justice.”

Jeremiah Savage led protesters in chants through a megaphone, shouting, “What do you want?” The crowd responded, “Body cams!”

“When do we want them?” said Savage. “Now,” asserted the crowd.

Savage changed his chant in mid-March to “APD”, prompting a “Do your job!” response from other protesters.

The demonstration lasted a little less than an hour.

Last month, the Alaska Black Caucus and other groups sent a letter threatening legal action for the lack of a body camera policy. Rich Curtner is an attorney for a nonprofit.

“I don’t know what the heist is,” Curtner said. “It was private life for a while, now it’s union, now it’s arbitration. It seems to me that it takes too long.