So you want to start shooting high quality videos? Impressive. Once you start looking for ready-made cameras, you will realize that the majority of them are extremely expensive. However, if you’re determined, you can put together a setup capable of shooting 5K video for less than $300. Here’s how I did it, plus some tips for getting the most out of your fancy new rig.

I’ve included some useful optional accessories that cost over $500, but aren’t necessary to capture amazing footage.

With such a small budget, I turned to Canon’s EOS-M platform. I picked up mine used for just $239 on mpb.com– a website to buy, sell and exchange second-hand photo equipment. That deal was all well and good, but the EOS-M only shoots 1080p video natively. It seems like everyone is talking about those higher resolutions, but no one is mentioning what makes them inherently better than 1080p. The 5 in 5K simply refers to a horizontal resolution of around 5,000 pixels; more dots create sharper, clearer and more realistic images. 5K also allows you to crop your images a lot without losing definition.

To get around this resolution limitation, I turned to Magic Lantern (a firmware add-on for most Canon cameras), allowing this literally pocket-sized camera to shoot up to 5K. Fortunately, installing Magic Lantern was very simple. All I had to do was download the latest version for my specific camera (found here), drag and drop the content to an SD card, then put it back into the camera.

Selecting a Lens (and Adapter) 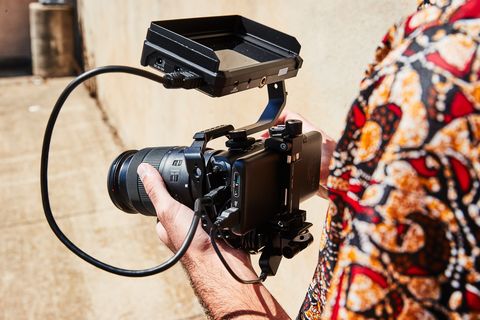 Luckily, I already had shooting lenses with my Canon DSLR, but there are plenty of native lenses for the EOS-M that work just fine. personally I have Cannon 18-135 installed, which gives me image stabilization and quite a bit of zoom. Since it’s designed for much larger cameras (with a different lens mount), I had to buy an adapter to get the 18-135 to work properly; once installed, it opens up the possibility of using the plethora of Canon EF mount lenses on the market. That said, the much more affordable 15-45 lens above still performs very well, although I would recommend shooting with a tripod to combat its lack of image stabilization.

The EOS-M uses a ton more power and storage space after supercharging its capabilities with Magic Lantern. The standard battery is able to keep up surprisingly well but dies after about 45 minutes. As a workaround, you can actually power the camera with a USB battery bank; to connect it to the camera, you will also need a dummy battery (with a compatible USB cable), which allows you to run the camera from another power source.

Anker’s 10,000 milliamp-hour power bank provides more than 10 times the battery life of the EOS-M’s standard 875mAh pack. Once I got these working I added a base plate to the camera cage which allowed me to connect a swivel monitor mount and phone clamp. The goal here was to create a modular battery solution that can deviate when adjusting the camera. settings.

If you’re serious about keeping things well under $600, you can skip these items. That said, these add-ons are definitely better than having to swap out batteries every 45 minutes.

What are you shooting with?

Under ideal conditions – sunrise or sunset with nice soft light – EOS-M footage looks surprisingly close to what you’d capture with a pro-level camera that costs up to five times as much. The idea that you can’t get good footage with an entry-level camera is wrong; better equipment just makes the process much easier. 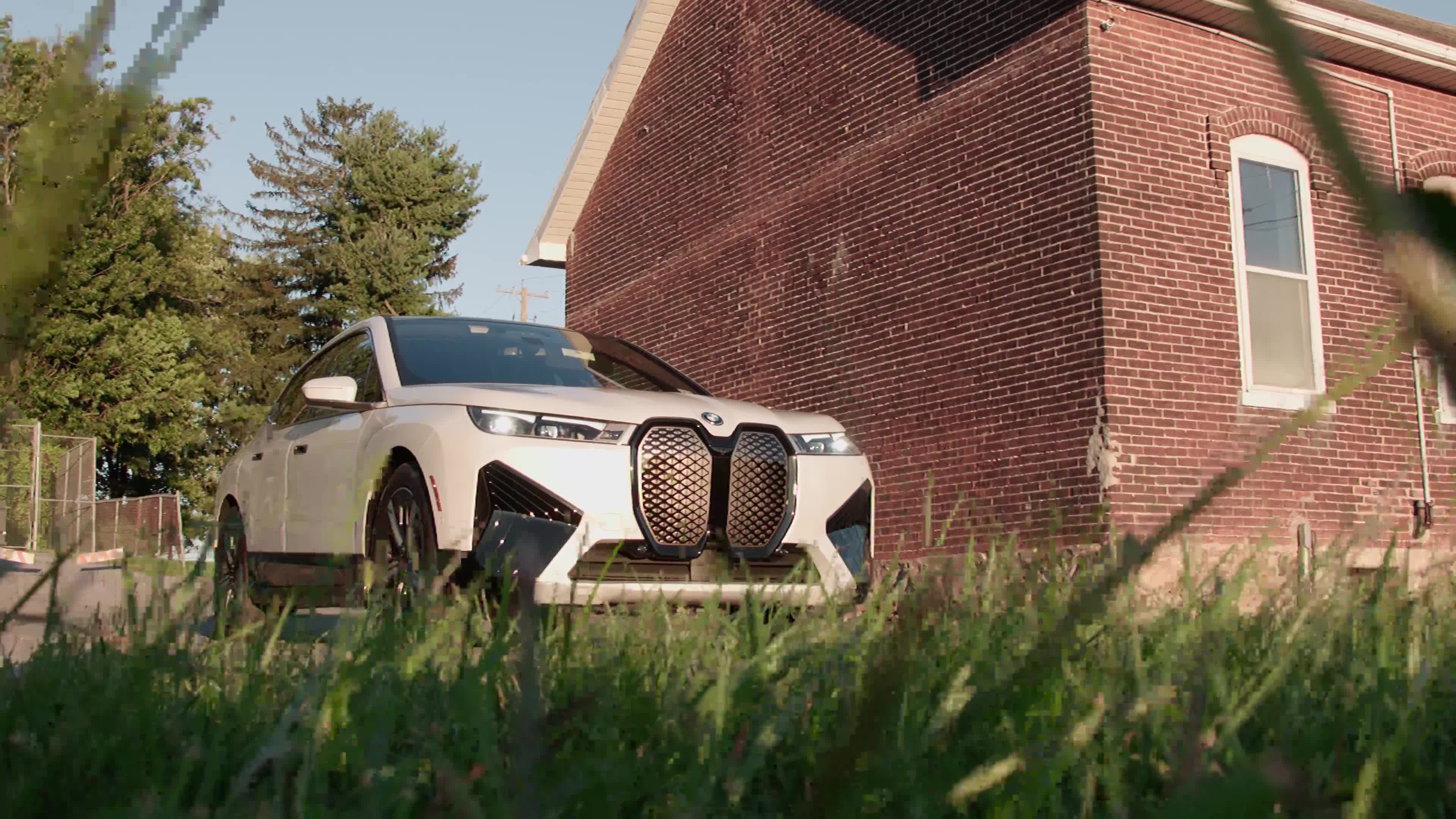 For a complete camera system that costs less than some professional level lenses, the fact that it can record 5K video is downright impressive. Feed the camera sensor with plenty of light, and the camera can capture great images.

In this sense, any trace of darkness in the frame will lead to a rather noisy image that is simply not pleasant to look at. Shooting at 5K certainly doesn’t help the EOS-M’s inherent lack of dynamic range; Incredibly high resolution makes noise easier to see. Shooting at 2.5K reduces noise very slightly. But obviously, if you’re investing in this setup, you want to shoot a properly exposed scene in 5K. 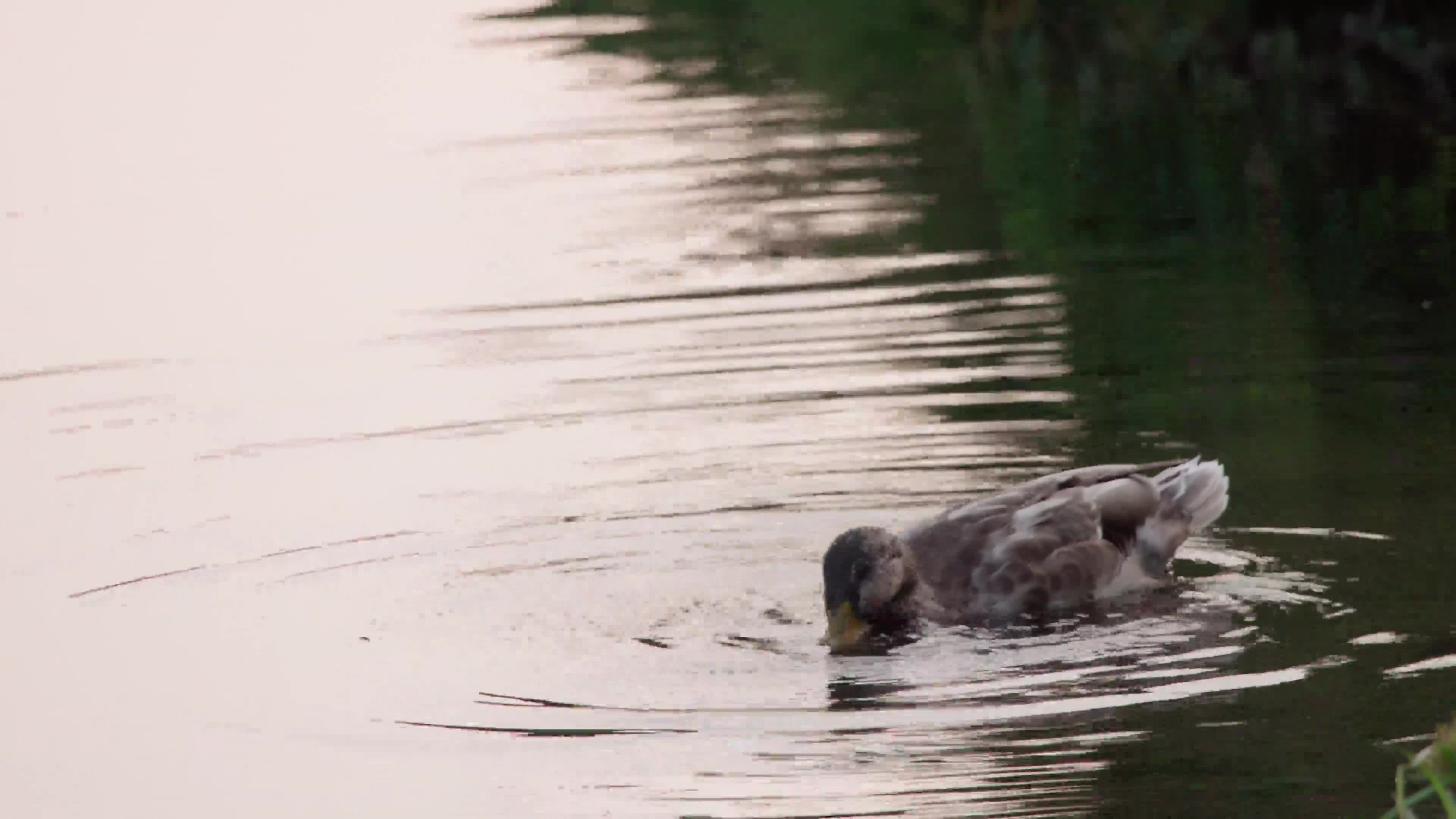 Using a tripod is a relatively inexpensive way to increase the production quality of your images. 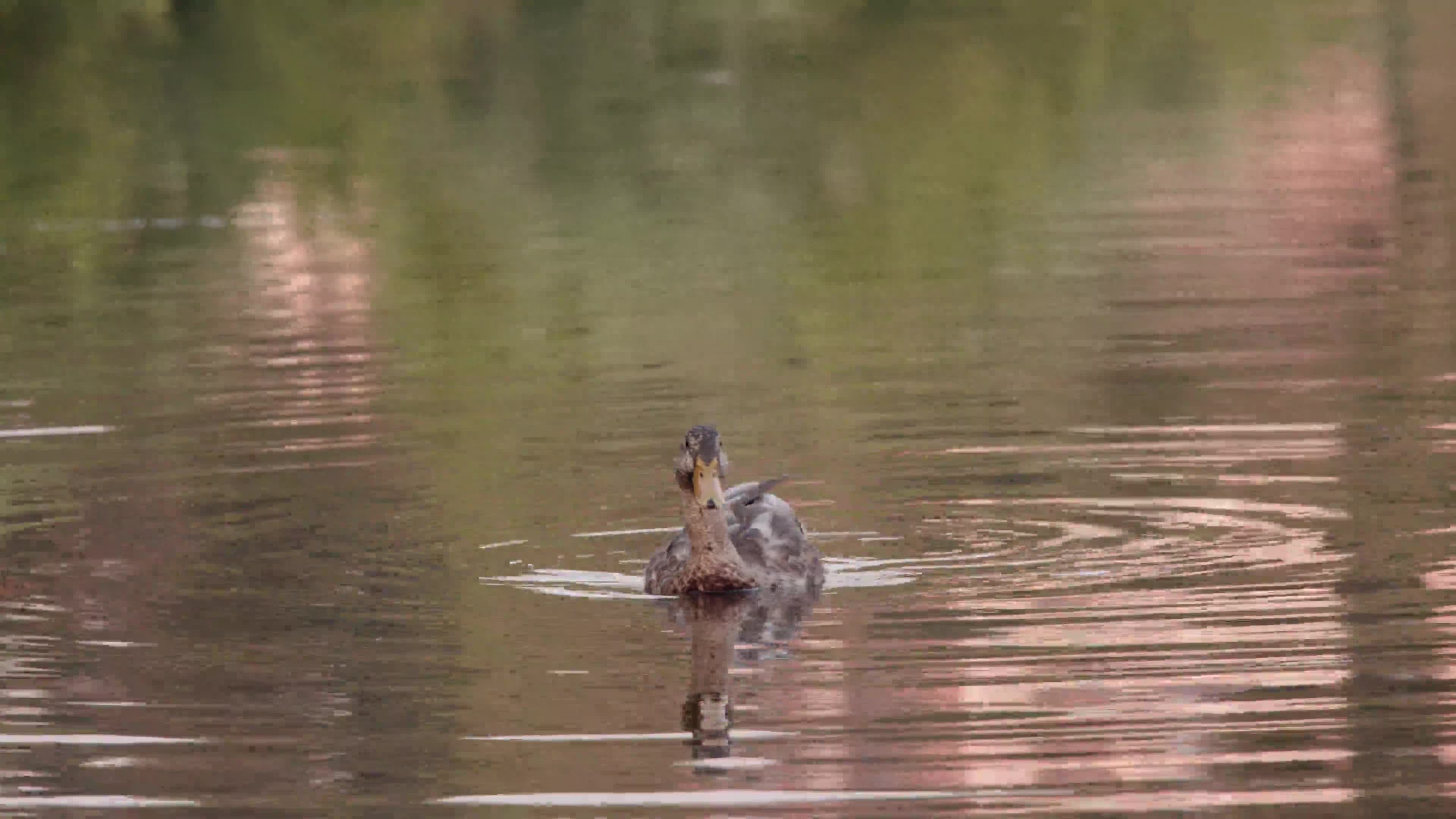 Getting all the components I purchased to work correctly was doubly difficult. See below for a list of teething issues I’ve encountered so you don’t have to.

My final issue with this budget camera is the strong rolling shutter effect, which makes images look distorted when panning quickly. Rapid movements make images simply unusable with this super distracting issue caused by the camera sensor’s inability to process images fast enough. If you absolutely have to move the camera while recording, just keep things smooth and steady. 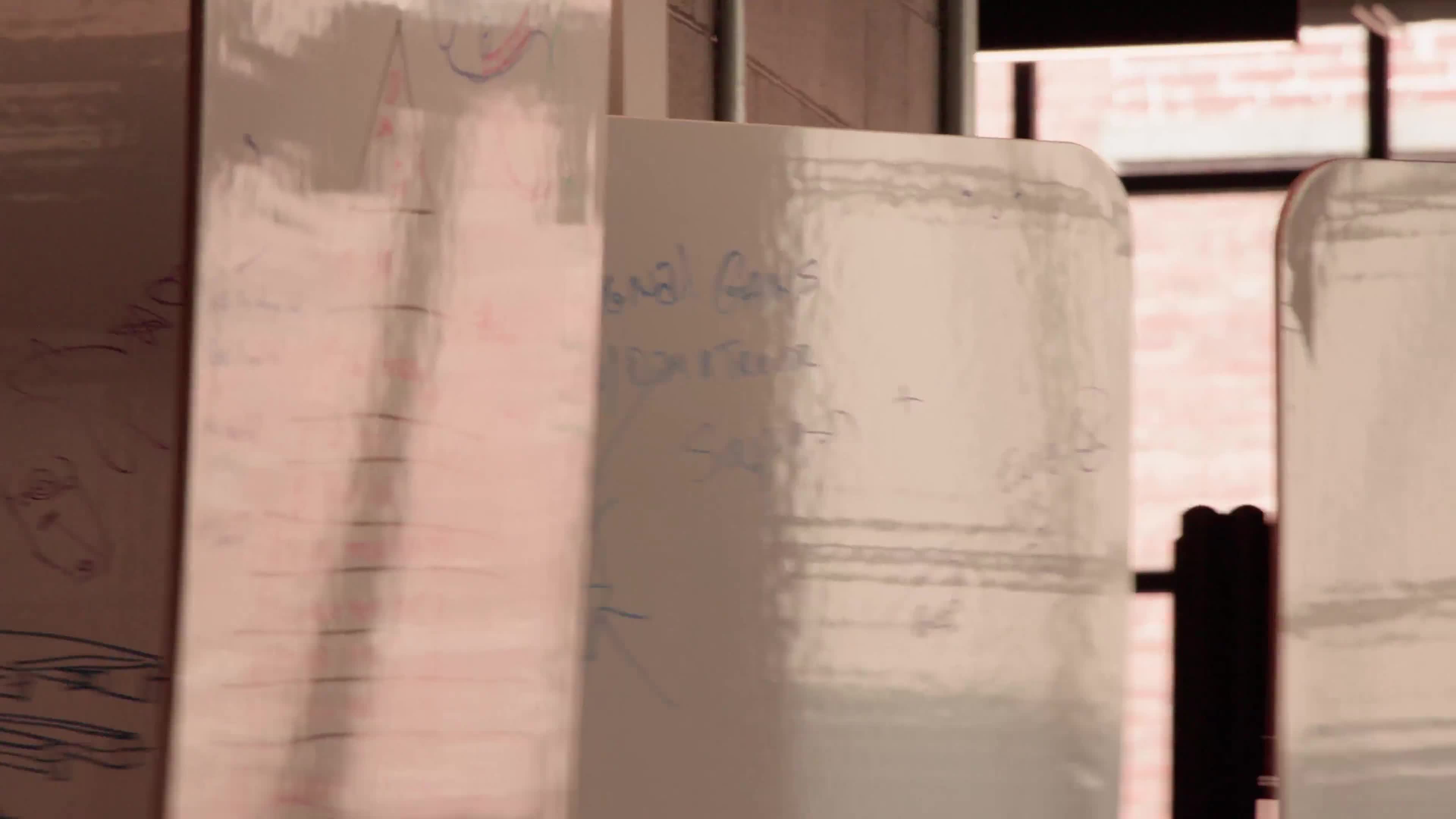 Once it’s all together

The Canon EOS-M somehow manages to be both fun and challenging to use. Coming from a background in photography, it really took me back to camera basics – most of the principles are very similar. That said, the margin for error in getting a great shot with this camera is slim.

Matt Crisara is an Austin native with an unbridled passion for cars and motorsports, both foreign and domestic, and as an automotive editor for Popular mechanics, he writes the majority of automotive coverage on digital and print. He was previously a contributing writer for Motor1 after internships at Circuit Of The Americas F1 Track and Speed ​​City, an Austin-based broadcaster focused on the world of auto racing. He earned a bachelor’s degree from the University of Arizona School of Journalism, where he raced mountain biking with the varsity club team. When he’s not working, he enjoys sim racing, FPV drones and the great outdoors.