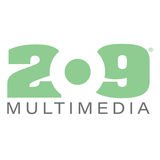 209 Multimedia Corporation, owner of the Turlock Journal, announced this week the purchase of the Gustine Press Standard and Westside Index newspapers from Mattos Newspapers. The two newspapers, along with their websites and commercial printing operations, expand 209 Multimedia’s holdings from Manteca in San Joaquin County, through Oakdale, Ceres and Turlock in Stanislaus County and now Gustine in the Merced County.

â€œWe strongly believe that local community news organizations remain essential to our subscribers as a trusted local source for news and information. We provide a community discussion board, public notices, obituaries, wedding engagements, sports / community events, service organizations and everything in between. We are committed to fostering this environment while serving the needs of all of our dedicated advertisers and subscribers, â€said Hank Vander Veen, who, along with his wife Kelly Vander Veen, owns 209 Multimedia.

The Vander Veen have deep roots in the valley.

Hank Vander Veen has been the group editor of the Manteca, Oakdale, Turlock and Ceres newspapers in the Central Valley for almost a decade. Kelly Vander Veen has a background in digital management, commercial printing as well as newspapers. As owners, they oversee operations and are responsible for all aspects of the business. This includes editorial, content, production and financial responsibility for six newspapers, several magazines and a digital services agency.

They own Manteca / Ripon Bulletin, Turlock Journal, Ceres Courier, Oakdale Leader, Escalon Times and Riverbank News. They also own and publish 209 magazine and several other trade publications. 209 Multimedia publishes websites for all of its publications, has a video production studio and offers digital services to advertisers, including the construction and hosting of their websites. 209 Multimedia has a large commercial printing operation which prints 10 to 15 other newspapers and magazines each week.

Hank Vander Veen spent 25 years with The McClatchy Company, six years as an editor at Merced Sun-Star. He started at The Modesto Bee in 1984 as a part-time driver and has held various managerial positions learning many aspects of the business along the way.

Kelly Vander Veen grew up in the commercial printing industry while her father owned the Lone Tree printing house in Ceres. She worked there for many years to learn the ins and outs of the business. Kelly Vander Veen also worked at The Modesto Bee in the finance department. Over the past 15 years, she has managed several digital platforms for companies including Wikia.

209 Multimedia has three offices and a team comprising four publishers who live and work in the communities they cover and have done so for over 80 years combined. 209 Multimedia prints all its publications in its printing house in Manteca. The current staff of Mattos Newspapers will move to the new company and we will maintain the office building on Fresno Street in Newman.

The West Side Index began to be published over 100 years ago in 1890; two years after Simon Newman founded Newman. The Gustine Standard began appearing in 1910, three years after the sale of lots in what would become Gustine.

The Standard merged in 1995 with Gustine Press, which Mattos Newspapers had launched 10 years earlier.

Susan Mattos began her career in the newspaper and printing industry in 1978 and has been editor of Index and Press-Standard since 2004. She continued her commitment to community journalism, with an emphasis on accuracy , accountability, objectivity and fairness has expanded the business of commercial printing from a simple one-color press operation to a multi-faceted business – commitments Vander Veen wants to pursue.

â€œWe are delighted to have such a distinguished company to continue the long tradition of quality local journalism on the West Side,â€ said editor Susan Mattos. “Hank and Kelly share the same local values â€‹â€‹and the same high standards our readers have come to expect, and I am very grateful to them.”

209 Multimedia Corporation will continue the 132-year tradition of focusing on local coverage of the communities it serves as its most important mission.